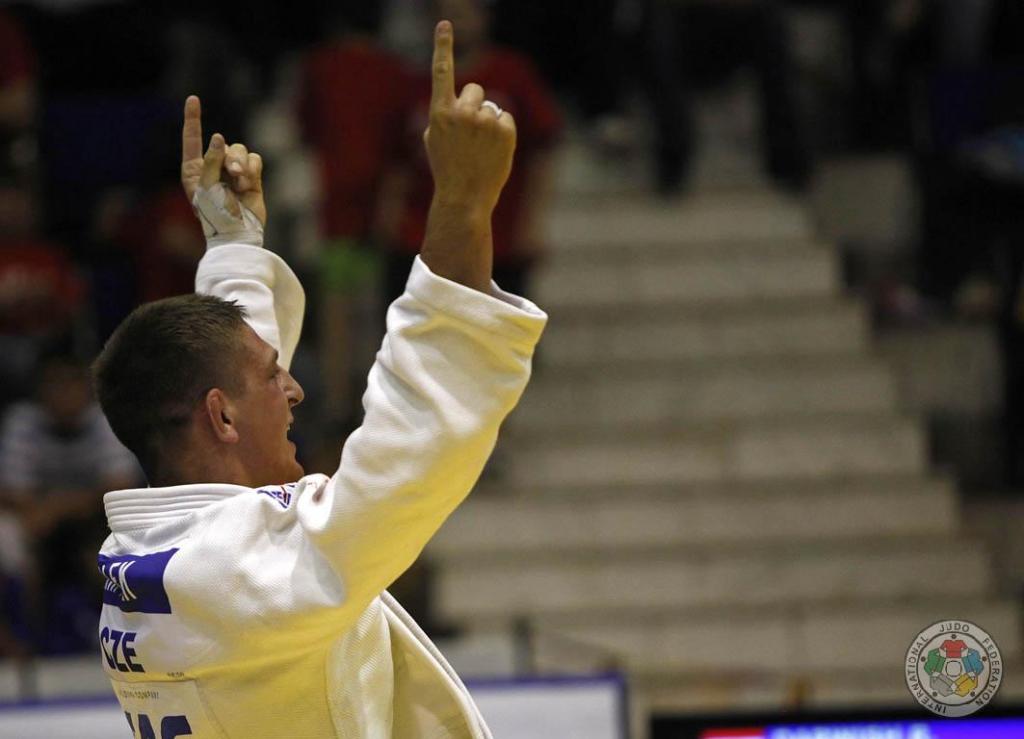 Lukas Krpalek CZE -100kg followed up his gold medal winning performance in Miami two weeks ago by winning here in San Salvador. Krpalek, twice junior world champion, whilst understandably pleased to have taken his total of world cup titles to five, is more concerned at improving his results at senior world championships level. The 20 year-old Czech will still be a junior when he takes part in what will already be his third senior world championships in Paris next month. A first round defeat to Cyrille Maret FRA in Rotterdam in 2009 was followed by a third round loss a year later in Tokyo to Anai Takamasa JPN the current world champion. Krpalek was No. 1 seed here and did what the formbook predicted he would.

Taking gold again was Marijana Miskovic CRO -63kg who looks to be returning to form with three podium finishes in her last three world cup outings bringing her a valuable and much needed 260 IJF WRL points. The Croatian Mummy defeated No.1 seed Yarden Gerbi ISR in an all-European final that saw Gerbi, despite her loss, close the gap in the IJF WRL with team-mate Alice Schlesinger to 91points just one place. The battle between Gerbi and Schlesinger is one of several interesting duels taking place for Olympic qualification between team-mates.

It’s even closer between Antonio Ciano ITA -81kg, who won gold here, and his rival, Francesco Bruyere, who could only manage fifth place. The 30 year-old Italian could possibly have expected to face Brazil’s Flavio Canto. But one of the American St. Leger brothers, Harry, somewhat surprisingly put out the No. 1 seeded Canto in the first round. Ciano’s win, defeating Emanuel Lucenti ARG in the final, means that he now leads Bruyere by 44 points, and just one place on the IJF WRL.