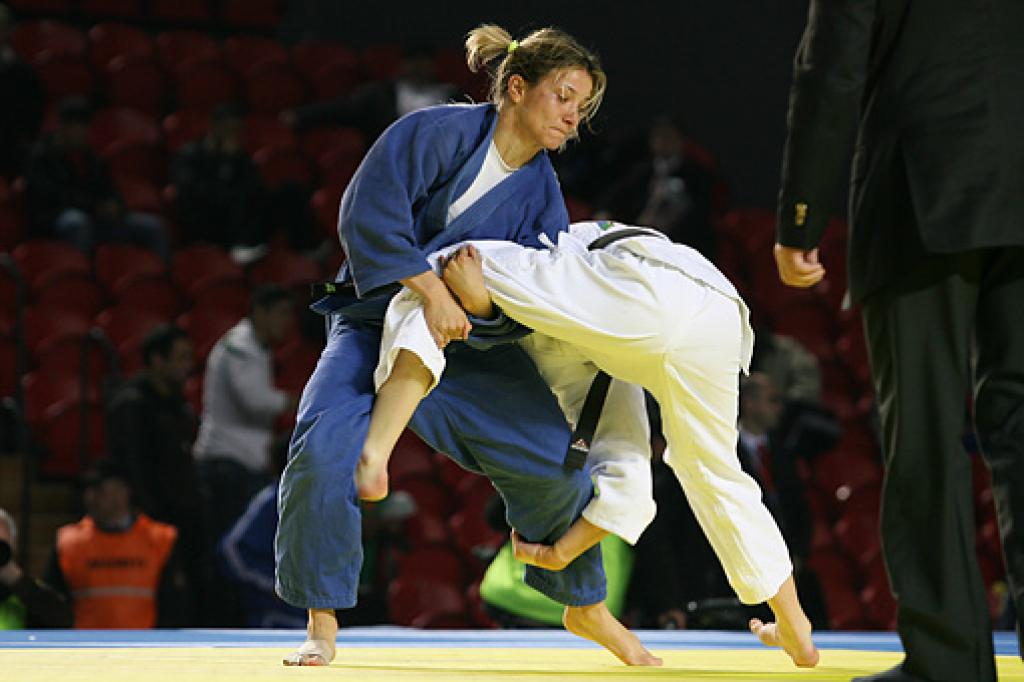 More than 100 competitors from 14 different countries will start in Lisbon. Amongst them big delegations from home country Portugal, Spain, the Peoples Republic of China, Germany and Brazil amongst others.

Friday’s draw in Lisbon created some interesting matches to look forward. At the EJU World Cup on Saturday one of the most interesting matches can be expected in the U57 weight class. Telma Monteiro’s first match will be in the second round against Gabrielle Deflorenne from France. Monteiro, who won the bronze last week in Moscow at the IJF Grand Slam lost twice this year, both against Japanese Kaori Matsumoto. The European Champion can come across against Olympic bronze medalist Ketleyn Quadros (BRA) if they both reach the semi-final.

In the U48 kilogramme weight class Spanish Champion Oiana Blanco will fight Valentina Moscatt (ITA), bronze medal winner of the U23 European Championships. But after that they will have to face Portuguese champion Leandra Freitas for a semi-final spot.

Under 63 kilos Camila Minakawa (BRA) is the youngest participant (18 years). She will face Spanish Champion Zaira Gisbert in her first match. The winner will face 27-year old Anne-Laure Poli (FRA) or home favourite Andreia Cavalleri, 34 years. That could produce an age difference of 16 years.

Polish talent Daria Pogorzelec recently won the EJU Top Juniors U20 in St. Petersburg. Can she hold on that shape if she faces Veronique Diebolt (FRA). Dutch talents Linda Bolder already won al three possible European titles, U17, U20 and is currently U23 European champion. She will meet with double Spanish U23 champion Maria Bernabeu (SPA). Margot Wetzer another Dutch talent won the same series of European titles, but must now prove her talent in the seniors coming back from a serious elbow injury.

The biggest star U78 is Yang Xiuli from the Peoples Republic of China. She won the Olympic title last year and should win the Taco do Mundo, the world cup in Lisbon easily. She will fight Czech Republic champion Alena Eiglova in her first match. But perhaps Raquel Prieto can surprise the strong Chinese Yang. Yang beat Prieto’s compatriot and current European champion San Miguel in the Olympic semi-final. Géraldine Mentouopou, European U23 champion is in the same strong table.

Although there are only 6 competitors in the heavyweight category, it is still interesting to see. Spanish champion Alicia Alonso has good papers, but will start against one of the two Chinese heavyweights, Wu Xiaowei, 5th last week in Moscow. Dutch Carola Uilenhoed, double bronze medal winner at the last two world championships, comes back from a knee injury. She finished 5th last week in Moscow at her first event since a year. She will fight Chinese Xue or Austrian’s champion Julia Pfeifer.

Please find below the draw from the World Cup Women in Lisbon 2009 as PDF-File.