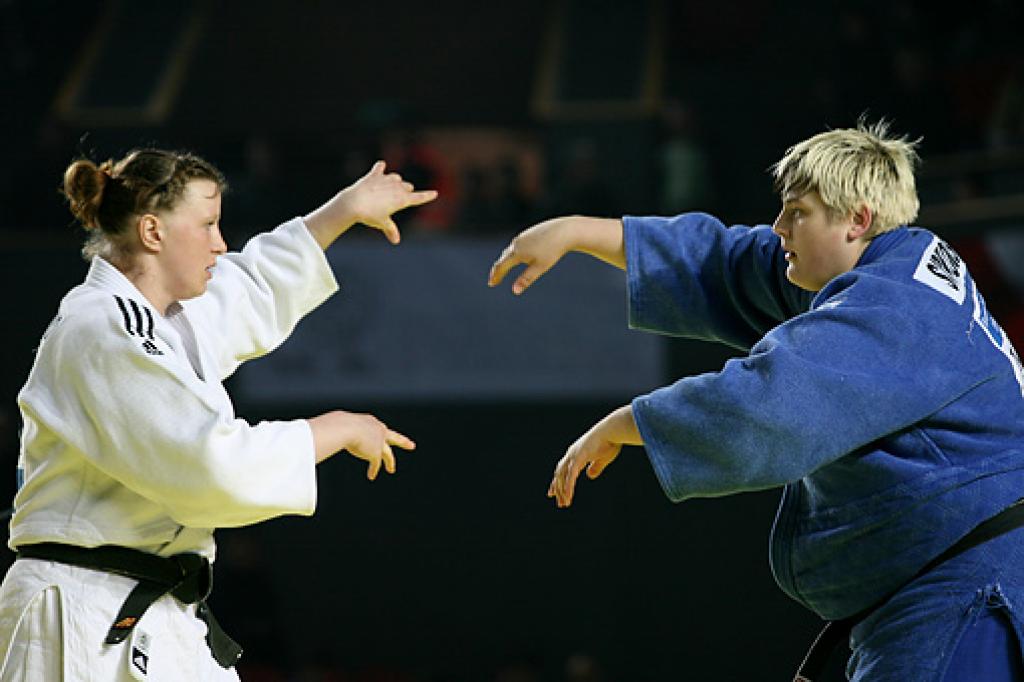 Exactly 128 competitors will start at the EJU World Cup in Madrid this weekend.
Last week Sarah Menezes from Brazil won the World Cup in Lisbon. On Saturday she will start against Spanish Maria Gomez Lopez of she can beat Belgium Amelie Rosseneu. Pak Ok Song, number five of the Olympic Games, will open against Carmen Bogdan.

Runner-up of the European championship Ana Carrascosa (SPA) is the favourite in the U52kg weight class. She’s is in the same table with Ilse Heylen, bronze medalist in Georgia. The other bronze medal Kitty Bravik (NED) fights in table A, in table B we can find Joana Ramos (POR), winner of last week in Lisbon. She can meet Nieva Larraya (U52) fast who took the bronze last week.

Last week’s runner-up Michelle Diemeer is linked to Chinese WANG Yalin in the first round U57kg. Ketleyn Quadros (BRA) and Sarah Loko (FRA) are close by in the same table to reach the semi final.

One of the most interesting weight categories will be the U63 with a lot of competition from Spanish and Dutch talents and in total 29 participants. One of them is Esther Stam who won the gold last week in Lisbon. But it’s no guarantee for renewed success. On her way to the semi final she can meet many strong competitors like compatriot Anicka van Emden, Austrian Hilde Drexler or Brazilian Danielli Yuri Barbosa.
On the other side Olympic bronze medal Elisabeth Willeboordse can try to win confidence after she missed the bronze medal at the Europeans in Tbilisi. She will fight French U23 talent Rizlein Zouak.

U70 another experienced Dutch fighter Edith Bosch is separated from Catherine Jacques, both bronze medal winners in Tbilisi. But they will face strong competition from Cecilia Blanco, Leire Iglesias (SPA) and Elisabeth Greve (GER), last week’s winner in Lisbon.

U78 European champion Esther San Miguel (SPA) is of course the major favourite to win Madrid. But on her way she can meet Claudia Zwiers (NED) and Anastasia Matrosova (UKR). On the other side of the table Yahima Ramirez (POR) and Raquel Prieto (SPA) seemed to meet in the second round to decide who has the best chances for a final spot.

Twelve competitors but a good quality in the super heavyweight category. Amongst them Urszula Sadkowska (POL), runner-up in Tbilisi and Carola Uilenhoed who’s on her way back after a knee injury. Spanish fighters Sara Alvarez Folgueira, Sara Conejero, Noelia Gonzalez and experienced Alicia Alonso are interesting outsiders together with Marina Prokofieva (UKR) and Rebecca Ramanich make the table even stronger.

You can follow the results at http://www.eju.net with our live coverage.

Please find below the draw in PDF format from the World Cup Women in Madrid!