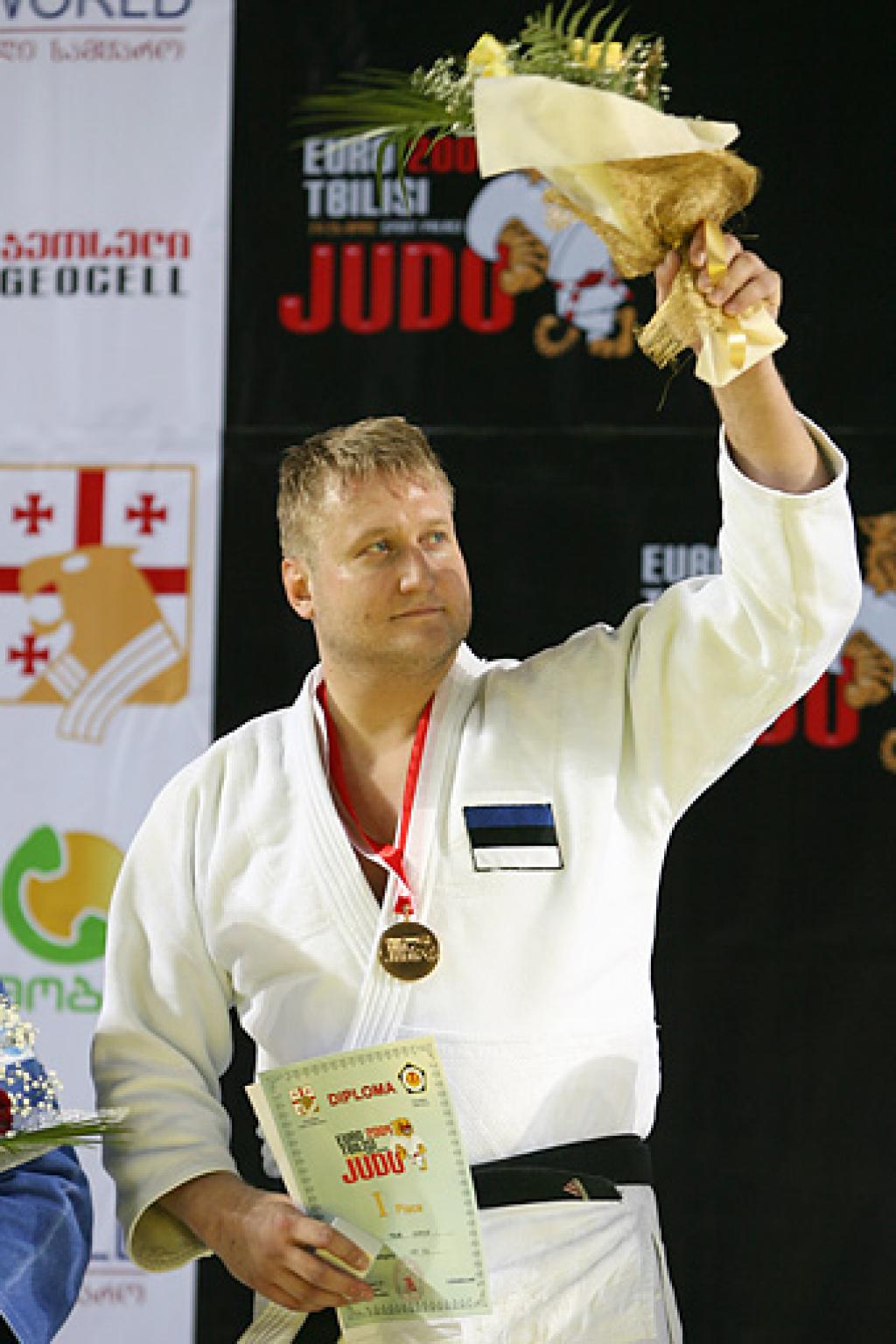 Some spectacular results at the EJU World Cup in Tallinn. With a quality field of participants and some spectacular finals, some good champions were crowned.
Under 81 kilogram Italian champion Antonio Ciano won his third World Cup ever by beating Frenchman Antoine Jeannin by ippon.
Lukasz Blach of Poland took the bronze as well as Vitaliy Kazydub (RUS).

A spectacular weight class was for sure the U90kgs. In the end Nicolas Brisson was the best as he had beaten Jerry Lammasniemi (FIN), triple European champion Valentyn Grekov (UKR), Lorenzo Bagnoli (Italy’s winner of the IJF Grand Slam in Tunis) and in the final the great Ilias Iliadis. What a day for Brisson who won his first ever World Cup at the age of 27.
His opponents Grekov and Bagnoli finished third. Brisson probably won’t start at the World Championships in August as he faces big competition from Matthieu Dafreville, but France is very dominant in this weight class this year to say the least. For Iliadis Tallinn was a nice warming up for the Worlds, but should be able to beat Brisson at this stage.

Pavel Petrikov (CZE) is warming up for the World Championships later this year. On Saturday he again won the U60 weight class in Tallinn, just like last week in Bucharest.
In Saturdays final he beat strong Italian Elio Verde who had won the World Cup in Warsaw in the beginning of March.
Valtteri Jokinen (FIN) took the bronze together with Maxim Korotun (UKR).

In the U66 kilogram category Loic Korval was the surprising winner. Korval won his first world cup ever. Last week he was runner-up in Bucharest and in February he won the Open Belgium, so the 21-year young Frenchman is doing good business in this category. In the final he was too strong for home favourite Kunter Rothberg (EST).

French Arnaud Blanc also won his first world cup. In Tallinn he beat the 26-year old Saso Jereb (SLO) in the U73 weight class. Blanc, 25 years, was a surprising winner in this category where experienced Yoel Razvozov (ISR) took the bronze. He won his ninth world cup medal ever. He was beaten in an early stage but could win the bronze via the repechage. Michael Mayr (AUT) lost in the semi final but did take the bronze.

Join us from the 25th of June at http://www.eju.net for live results from the European U17 Championships in Koper.