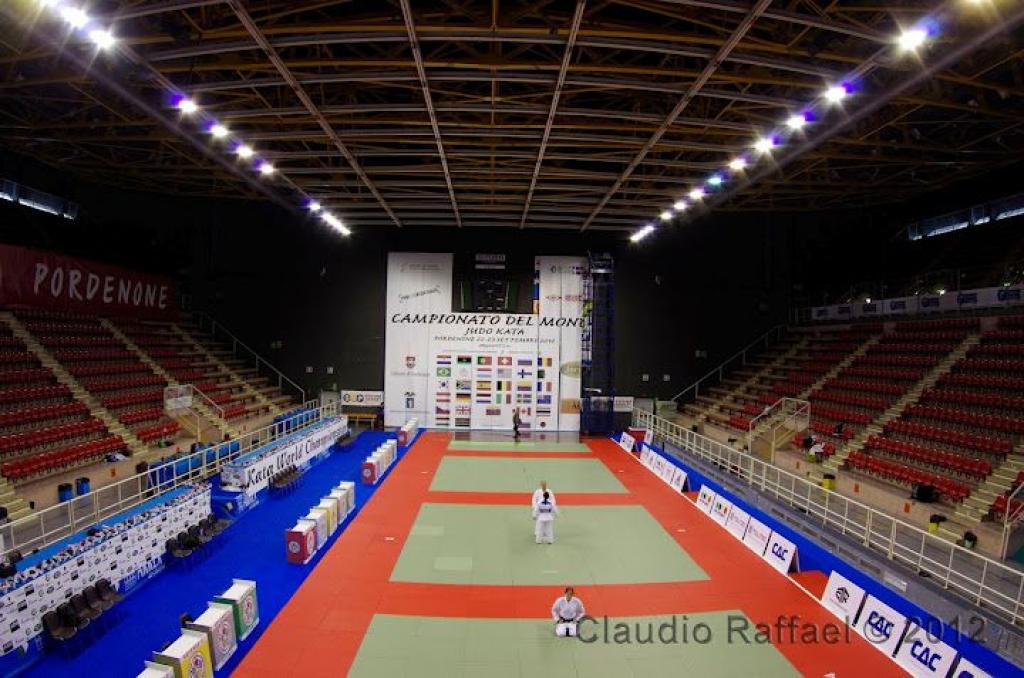 Everything is ready for the World Cup Judo Kata to be staged tomorrow and Sunday at the indoor stadium of Pordenone. The fourth edition of the World Championship of Kata welcomed by Pordenone after La Valletta (2009), Budapest (2010) and Frankfurt (2011), has highlighted the potential of a less metropolitan area, but certainly not less sensitive and observant and from a simple sporting event, the World Kata Judo Cup has taken a dimension of international media and cultural value.

The odds are one-way, all in favour of Japan, which won all gold medals (15) up for grabs in the three previous editions but for Italy, second in world medals, Pordenone is the best opportunity to defend a second prestigious place even if undermined in particular by Iran and Spain.

This two-day program of the world cup. Saturday 22, at 9.00 a.m. we start with the preliminaries of Nage-no-Kata, Katame no Kata and Ju no Kata; at 2.30 p.m., opening ceremony and performance of Judo Show and at 3.00 p.m. finals of Nage, Katame and Ju-no; at 6.30 p.m. the “Parade of Nations” in the historical centre of the city accompanied by the sound of the drum by appearing in historical costume and by flag-wavers of Valvasone; Sunday 23, at 9.00 a.m., prelims of Kime no Kata and Kodokan Goshin Jutsu; at 2.00 p.m. , finals and Samurai exhibition with original seventeenth century armors; at 3 p.m. Judo performance for people with visual and psychological diseases. At 9.00 p.m. a big party will conclude this event.