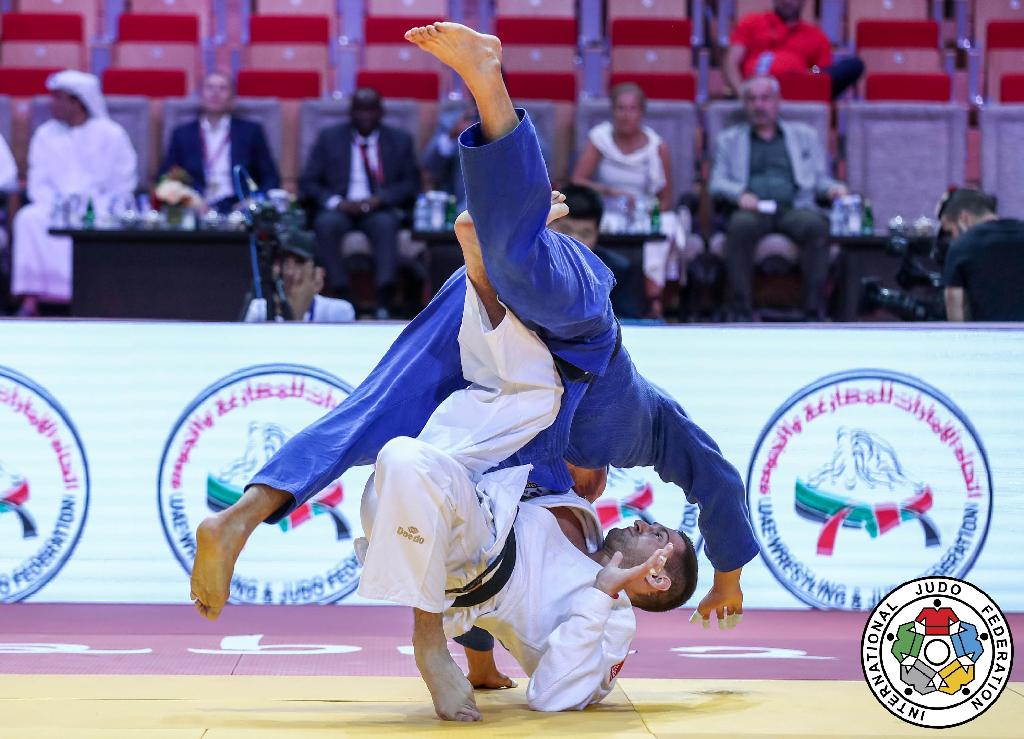 The third and final of the Abu Dhabi Grand Slam saw top ranked Nikoloz SHERAZADISHVILI (ESP) win back-to-back Grand Slams following his gold medal winning performance in Brasilia a little over two weeks ago. The 2018 world champion was severely tested as time and again he faced opponents against whom he had suffered defeats.


After a first-round bye Sherazadishvili had his first opportunity for revenge when he faced Khusen KHALMURZAEV to whom he had lost in the Grand Prix in Dusseldorf and European Championships in Warsaw in 2017. Neither fighter was ever really able to get going and the intense battle for grip superiority resulted in a shido strewn contest. With 1:35 left on the clock Sherazadishvili managed to score waza ari with a left o uchi gari. Khalmurzaev was unable to generate any offence and ended up collecting a third shido.

In round three Sherazadishvili faced Giorgi PAPUNASHVILI (GEO). Sherazadishvili scored waza ari with sumi gaeshi to leave Papunashvili floundering. The Georgian was unable to pick up the tempo and (like Khalmurzaev before him) collected a third shido that put Sherazadishvili into the quarter-final. Eduard TRIPPEL (GER) was next up and he managed to take Sherazadishvili the distance, the German losing on a single waza ari.


There was another opportunity for revenge when in the semi-final Sherazadishvili faced Nemanja MAJDOV (SRB) to whom the Spaniard had lost at the same stage at the Baku Grand Slam in May. But Sherazadishvili was on terrific form and swept past the 2017 world champion to book his place in the final. There was one more spot of revenge to come and it came in the shape of 2015 world champion GWAK Donghan (KOR). Sherazadishvili had lost to Gwak at the Jeju Grand Prix way back in 2015 at a time when Gwak was enjoying his status as the then world champion. In a closely fought final that went into golden score it was Sherazadishvili who after 2:45 of extra time eventually came up with a winning ko uchi gari to take the gold medal