WORLD TITANS ARE IN FOR A SHOWDOWN IN PRAGUE 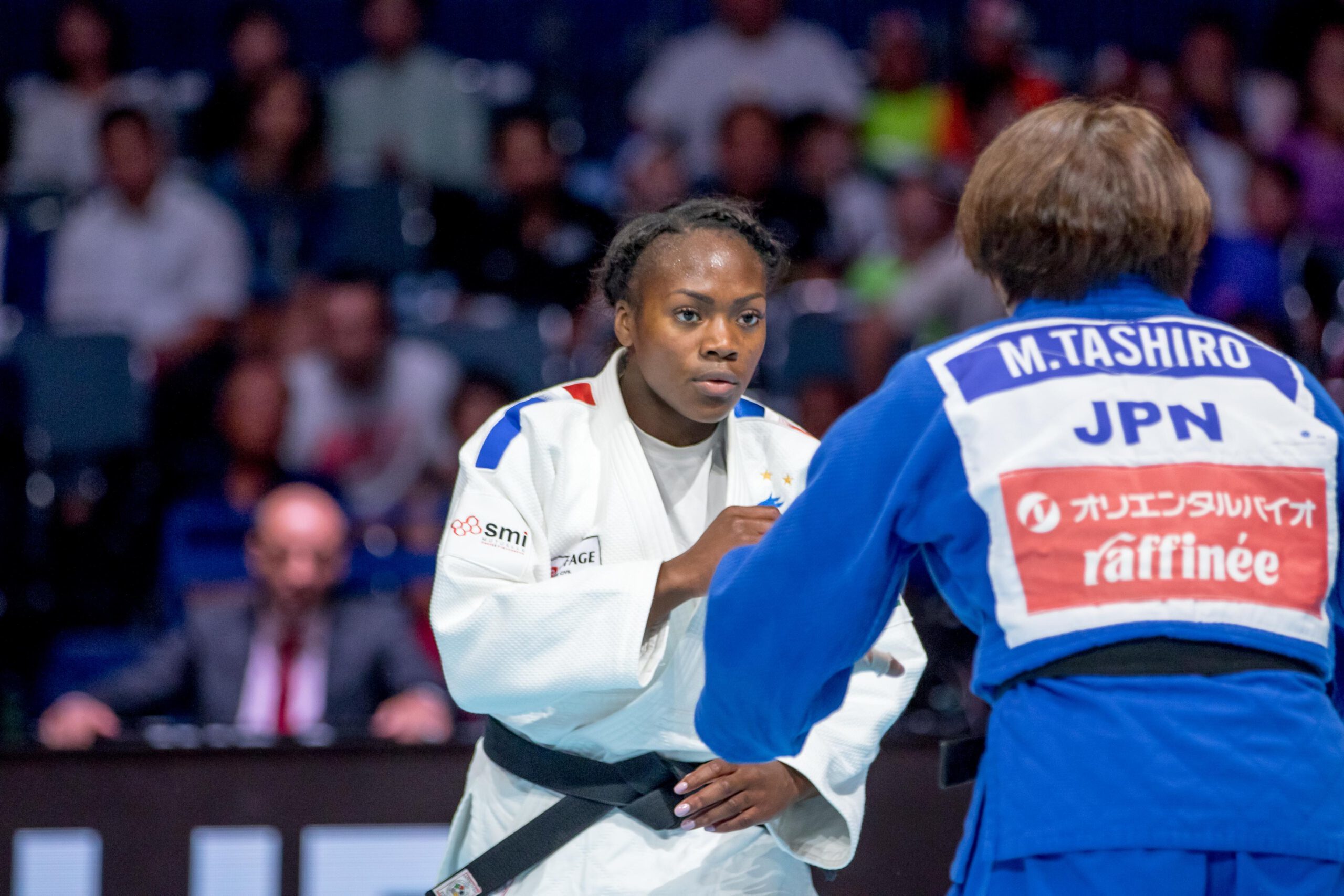 The clear favourite for this category is current World Champion Clarisse AGBEGNENOU (FRA). Four World titles and four European gold medals are already part of the story that will undoubtedly one day see Agbegnenou in the IJF Hall of Fame. Only the Olympic title eludes her at present and she is determined to add that gold medal to her already large collection. That latter title was snatched from her grasp in Rio by long time rival Tina TRSTENJAK (SLO). It was Trstenjak who took gold at the Budapest Grand Slam last month and this duo will be joined by 2015 European Champion Matyna TRAJDOS (GER) and 2019 world bronze medallist Juul FRANSSEN (NED). With the retirement of Katrin UNTERWURZACHER (AUT) the way is clear for Magdalena KRSSAKOVA (AUT), but she will need a good performance here to move her up the rankings. No such luck for number 8 seed Maria CENTRACCHIO (ITA) who will be looking over her shoulder at Edwige GWEND (ITA) who ten years ago was silver medallist in Vienna.

The world number one and two will be on show in the shape of current World Champion Marie Eve GAHIE (FRA) and 2019 European Games gold medal winner Margaux PINOT (FRA). Pinot will look to continue the form that saw her take the silver medal at the Budapest Grand Slam where she lost to Barbara MATIC (CRO). Gahie meanwhile will need to show some consistency and string together a series of wins. Sanne VAN DIJKE (NED) will have the opportunity (if she performs well) to widen her narrow lead over closest rival Kim POLLING (NED), the latter not taking part. The unseeded youngsters to watch out for will, I suspect, be Alice BELLANDI (ITA) and Ai TSUNODA ROUSTANT (ESP).

Half of the world’s top ten will be in Prague. To that list you can add the 2012 Olympic Champion at -66kg Lasha SHAVDATUASHVILI (GEO) and 2018 European Champion Ferdinand KARAPETIAN (ARM) both of whom are unseeded. Number one seed is the 2016 European Champion Rustam ORUJOV (AZE) and there is a welcome return to competition for number five seed Akil GJAKOVA (KOS) who sustained a serious elbow injury last year. 2019 European Games gold medal winner Tommy MACIAS (SWE) is seeded number three whilst the number six seed is current Olympic Champion at -66kg Fabio BASILE (ITA). Bilal CILOGLU (TUR) is the number two seed and will want to improve on his 2018 bronze medal position. Look out too for the fast improving Nils STUMP (SUI) and Tohar BUTBUL (ISR) the latter still searching for his first senior European Championship medal.

If Agbegnenou fails to light things up in the -63kg category then this is where the action will be. World number one and 2019 European Games gold medal winner Matthias CASSE (BEL) will head the field. What a pity that there will be no Sagi MUKI (ISR). Missing too will be any representation from Russia where any of their three athletes from the top 20 would have been welcome. Nevertheless, there will be enough to focus on with last month’s Budapest Grand Slam gold medal winner number two seed Vedat ALBAYRAK (TUR) and the exciting Frank DE WIT (NED) in search of his first ever Senior European Championship medal. Most intriguing of all is likely to be the battle of the Georgians Tato GRIGALASHVILI (GEO) and Luka MAISURADZE (GEO). Perhaps they will not meet, but their finishing positions will be of great importance.