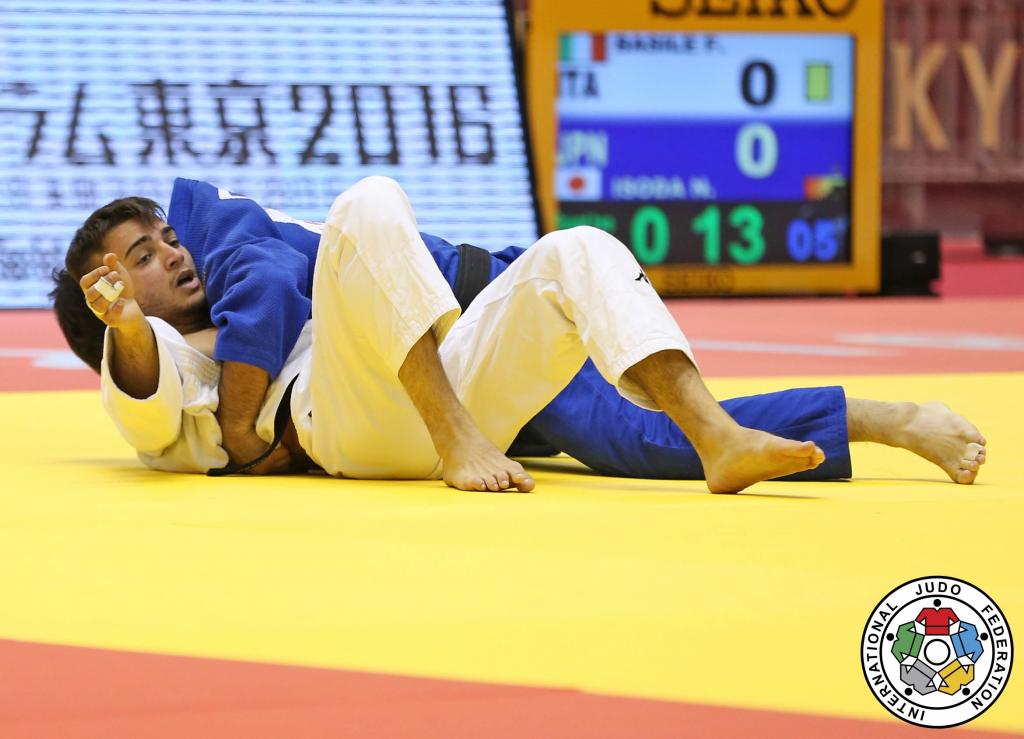 Reigning Olympic champion at -66kg category Fabio BASILE (ITA) chose the Tokyo Grand Slam, one of the most difficult tournaments on the IJF calendar, to make his return to the tatami after his gold medal win in Rio three months ago. With four Japanese in the weight category it was always going to be a tall order to make this day a success. As things turned out Basile lost his opening contest to an unseeded 21-year old Japanese ISODA Norihito. Despite this, Basile remained surprisingly relaxed and positive in a post-match interview where he said,

“I was just happy to be back on the tatami. I did not think too much about the result or a medal. In any case, I am Olympic champion for the next four years and I will work toward the next Olympics.”

Success for European athletes was hard to come by with only Robert MSHVIDOBADZE (RUS) in the -60kg category and Mikhail PULIAEV (RUS) in the -66kg category taking bronze medals. Charline van Snick (BEL) made her debut in the -52kg category finishing fifth, losing the bronze medal contest to TATSUKAWA Rina (JPN. Meanwhile Priscilla GNETO (FRA) made her debut in the -57kg category where she suffered a first round defeat at the hands of former cadet world champion Jessica KLIMKAIT (CAN). Gneto’s teammate, Helene RECEVEAUX (FRA) fell to another defeat at the hands of Olympic silver medallist DORJSUREN Sumiya (MGL) when she lost her bronze medal match making the count an unattractive 1-6 in favor of Dorjsuren.