XII. INTERNATIONAL JUDO TOURNAMENT FOR POLICE, ARMY AND OTHER FORCES 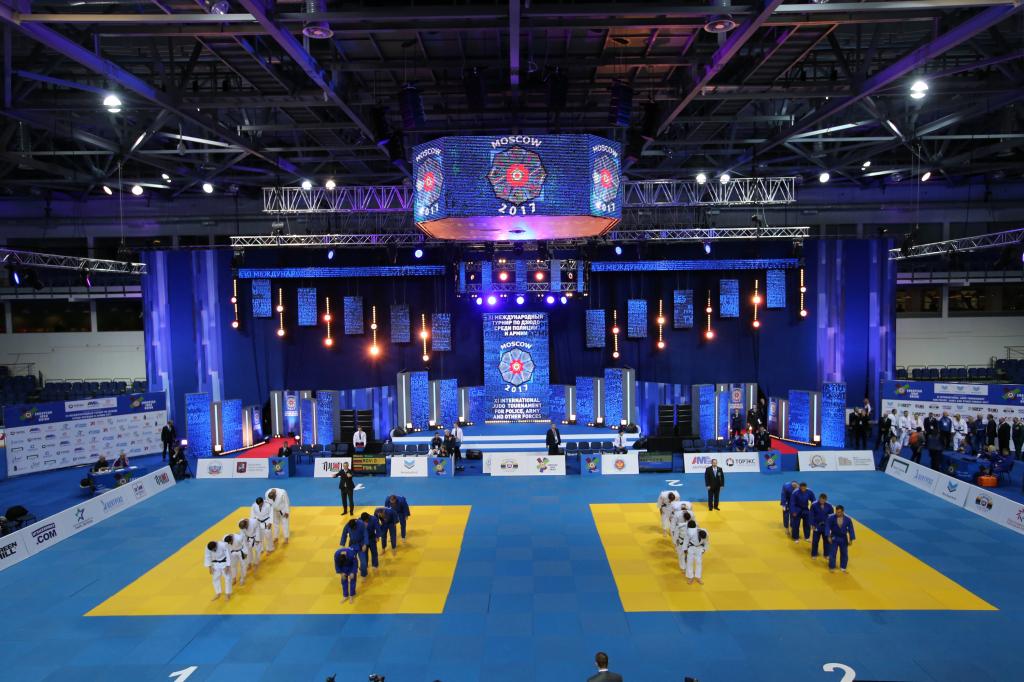 The XII. International Judo Tournament for Police, Army and other forces will take place at one of the 1980 Moscow Olympic venue, Izmailovo Sports Palace. This is a team event dedicated to those officers who lost their lives in line of duty. 14 teams – 7 Russian and 7 Foreigner – from 8 different countries will be competing tomorrow to pay tribute to their fellow officers.

Last year, the Japanese Team managed to break a five-year distress of silver medals when defeating Team of Ministry of Interior of Russian Federation (MVD) in the final. This year, alongside the seven Russian Military and Police forces, Austria, Belorussia, Germany, Greece, Spain, Japan and the Czech Republic will deliver their outmost on route to success.

This event is not a regular judo event. Many of the competitors here have gone beyond the normal human limits in serving their country at different situations and capacities. You can except nothing less than courage, professionalism, selflessness and extraordinary dedication. The draw will take place this evening whilst the tournament will begin at 10am local time. You can follow all actions live online via eju.net. #JudoMoscow2018