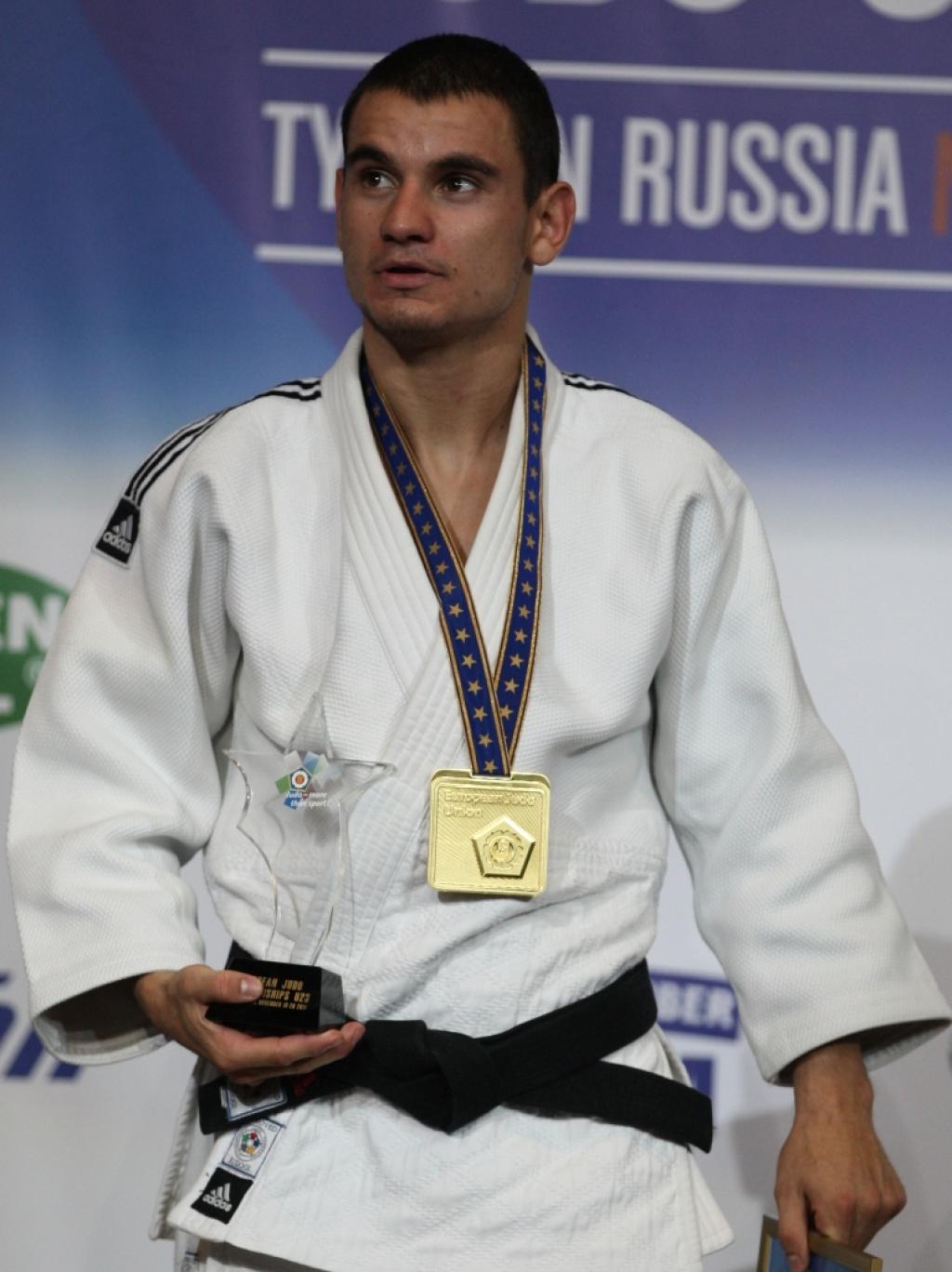 Bulgaria is celebrating its fifth ever European title as Yanislav Gerchev won the final match U60kg and became European U23 Champion. Gerchev fought his final match against Mshvidobadze (RUS). In a very equal and nice fight, none of fighters didn’t score an ippon. The Russian took the lead after Gerchev pickup two shidos. Gerchev could fight back and switched gears and scored yuko by throwing Yoko–Tomoe–nage. Both fighters tried very hard to score against eachother, but at the end of the fight the referees decided anonimous by three blue flags for Gerchev. It’s the fifth ever European title after Atanas Valchev woon the European junior title in 1981 and last year two Bulgarians collected a U17 title (Ivaylo Ivanov) and U20 title (Tereza Dzhurova). This year Borislava Damyanova won the U17 European title, so talent is booming in Bulgaria.

One more medal for Russia in this U60 category won Dmitry Kulikov who scored fast. He was better than Turkish Ahmet Sahin Kaba by making an outstanding Tai-otoshi. The second bronze medal was won by Vugar Shirinli (AZE) againt Amado Lazea (ROU) who missed to take his first European medal ever. Shirinli earlier won the World Cup in Baku and is ready for senior level, just like Gerchev.