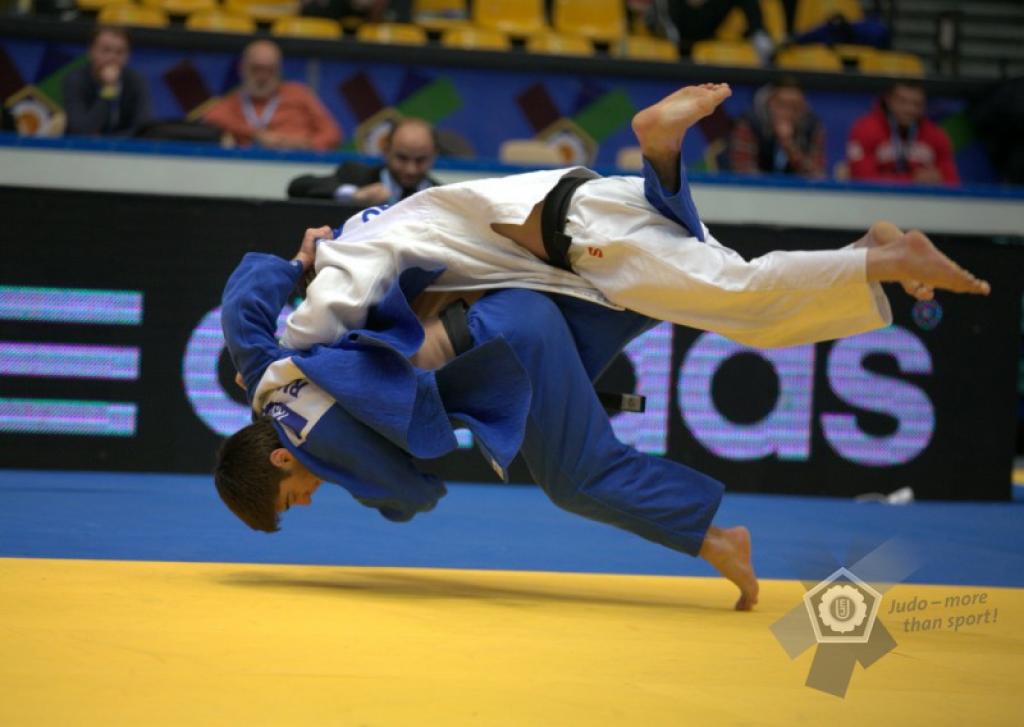 Russian lightweight Islam Yashuev’s impressive display of throwing skills saw him take the gold medal in the -60kg on the opening day of the -23 European Championships in Wroclaw, Poland. The home crowd had hoped for a Polish win with Lukaz Kielbasinski. However, despite avoiding a full ippon, the 22 year old Pole was unable to avoid getting caught for waza ari once and once for yuko. “The hardest fights for me were the semi final and final. Obviously Kielbasinski in the final was the most difficult. But it made me feel really happy that I was able to throw him with uchi mata, said a shy and happy Yashuev. In the -57kg Poland’s Arleta Podolak was unlucky to be drawn in the first round against eventual gold medallist Nora Gjakova representing the IJF. Gjakova’s gold medal winning performance comes after an eighth month long injury-break and is her first European championship medal. This medal may also go some way to helping Gjakova step out of the shadow of inspirational team mate double world champion Majlinda Kelmendi. “An break of eight months was so long that it felt as though I was starting from the beginning,” said Gjakova. There were gold medal performances also from Anna Dmitrieva RUS -48kg who triumphed in an all-Russian final over Irina Dolgova. Making a welcome return to international competition was Sapho Coban GER who defeated Maria Ertl GER to take gold in the -52kg category. The -66kg category gold medal went to Baruch Shmailov ISR. The promising 20 year old shows all the signs of having what it takes to step up to the senior level and it will be interesting to see just when he will make that move.

For the rest of today’s results see: http://www.ippon.org/ec_u23_2014.php
Watch all the photos from day one in our photo gallery: http://www.eju.net/media/?mode=showEvent&id=1875