Young and old win at the European Cup in Malaga 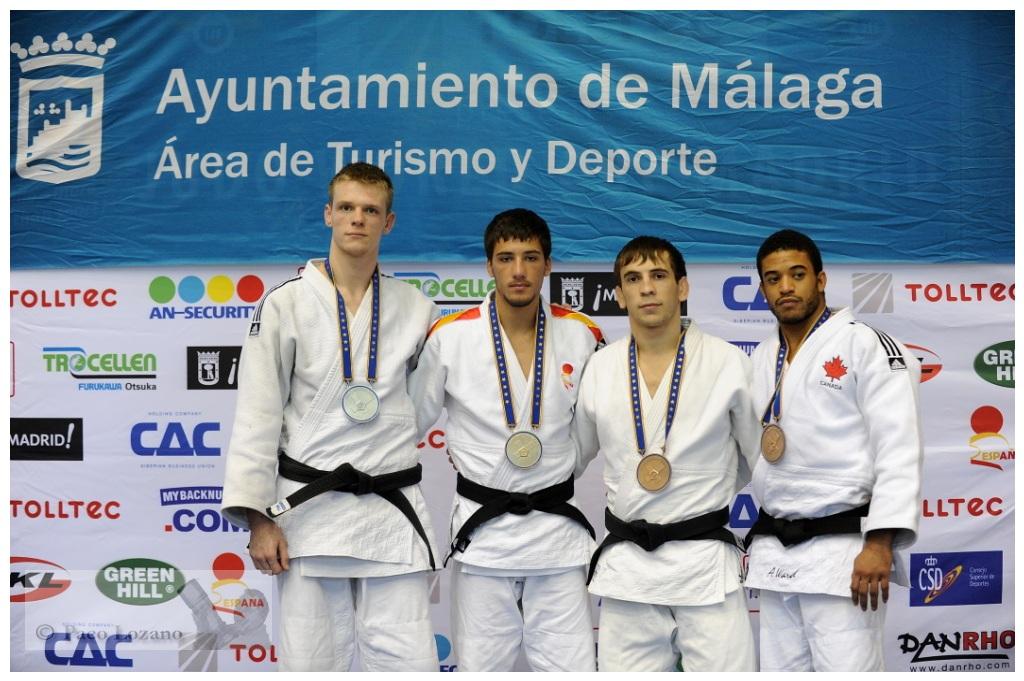 Spain is the expected leader of the medal table after day one of the adidas European Cup in Malaga in the south of Spain.
Of seven available titles, the Spaniards collected four. Portugal, Russia and The Netherlands were successful in one of the seven categories.
Lorena Castell Fajardo won the category women U48kg. In the final she defeated Joana Diogo of Portugal. Three out of four on the podium were from Spain.

Different that was U52kg were Dutch Miranda Wolfslag won her second European Cup of the season (also Celje). The Dutch defeated British Chloe Jackson in the final in a total of 11 participants. Four different nations on the stage.
The U57kg women’s final was all Spanish with the experienced 30-year old Carolina Prats as final winner as she good stand the attacks of the 12-year younger Jaione Equisoain.

In the men’s division Russia kicked off with a gold medal for Ervand Mgdsyan. In the final he met with Victor Garcia and also won his fourth bout. Spanish talent Pedro Rivadullo won bronze.
The youngest winner of the day was rookie Antonio Jimenez Rodriguez, just 17 years young and a promising future winning this European senior Cup. In the final he was able to beat Dutch Wytze de Jong U66kg. Canadian Alister Ward and Yakub Shamilov (RUS) shared the bronze stage.

Portugal cheered for the victory of Andre Alves. U73kg he was able to beat Joaquin Ruiz and in total three Spaniards on the podium.
27 participants at the U81kg category. The final winner was Adrian Nacimiento from Spain in the final against Alexey Fetisov. Two Portuguese finished third. Nacimiento won bronze last year at the European U23 Championships and this European Cup is a good preparation on this Championship.

For all today’s winners it was their first victory in Malaga’s European Cup.

Review all photos and results of the adidas European Cup here: