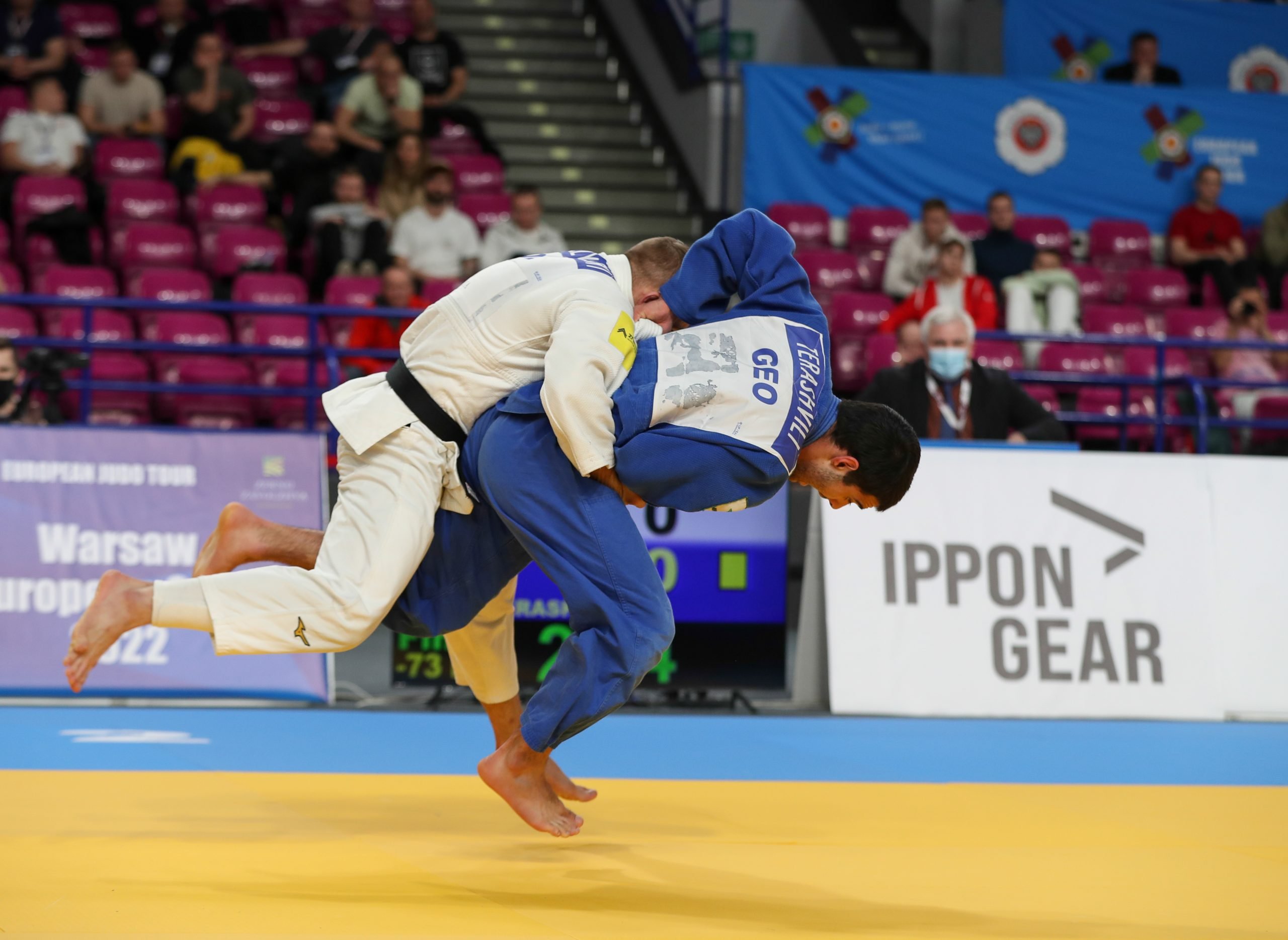 Another remarkable day for Europe on the second day of the Antalya Grand Slam, three out of four golds went to Georgia, France, and Great Britain.

What a fairytale ending for the 19 year-old Georgian, Giorgi TERASHVILI. The young athlete came in unseeded and is #101 in the WRL, but ranking meant little to him, there was no pressure and he performed incredibly. Leading up to the final he was constantly surprising his opponents, and then used his immense strength against world silver medallist, Manuel LOMBARDO (ITA) to take gold. It was an impressive uchi mata that saw the Italian scored against with ippon.

OZBAS Szofi (HUN) put in a worthy effort in her -63kg final against Great Britain’s Lucy RENSHALL but after a waza ari from Renshall, she was simply unable to even the score. This becomes the British athlete’s fourth grand slam gold.

With only 39 seconds left on the clock, Guilherme SCHIMIDT (BRA) managed to steal the show in the final of the -81kg category. At this point he was down a waza ari score to the home favourite Vedat ALBAYRAK (TUR) following an o uchi gari attack. Schimidt worked quickly on the ground and to the crowds horror, applied an armlock and the Turkish gold hope was forced to submit.

The -70kg finalists, Marie Eve GAHIE (FRA) and Bernadette GRAF (AUT) have been biding their time to become front runners of this category again and today was the day. Especially for 2019 world champion Gahie, it is regularly mentioned how a gold medal has evaded her ever since and in Antalya she stopped the critics talking. Graf was first to put a score on the board but the French came back quickly with a smooth tani otoshi to secure her golden win.

Another brilliant day of judo and thankfully it isn’t over yet! One more day tomorrow where the remaining weight categories; -78kg, +78kg, -90kg, -100kg and +100kg will compete. Competition will start at 08:30 CET, watch at live.ijf.org.