Youngster Joó takes it all on Saturday 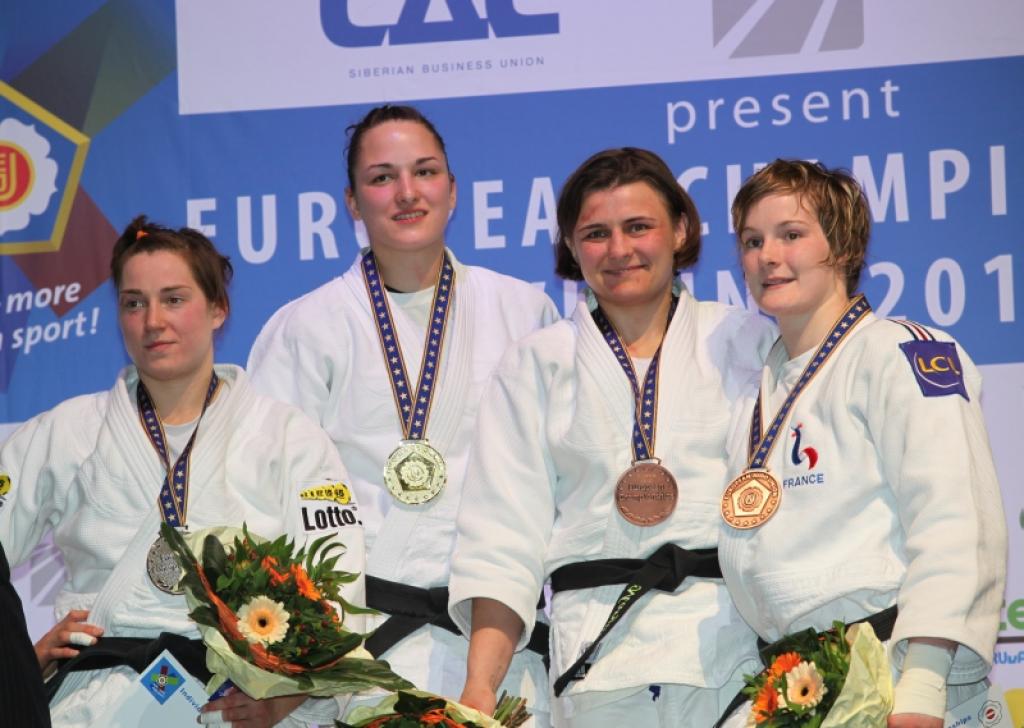 Abigél Joó took the second gold medal in the women’s division for Hungary. In the final she defeated World Champion Marhinde Verkerk in a tough match, but Joo succeeded to score twice yuko against Verkerk. Joó was already reigning European U23 Champion, but switched from the U70kg category to the U78kgs. Joó 19-year-old judoka is responsible for playing again Hungarian national anthem in Vienna.

Joo defeated both the world champion as the vice world champion Maryna Pryshchepa today, quite a performance for the teenager.
The first bronze medal fight was between Maryna Pryschepa (UKR) and Assunta Galeona (ITA), a though fight, but the Italian judoka made a mistake with an ouchi-gari and her Pryshchepa’s pick up was good for waza-ari.

Louette Lucie (FRA) who lost in the semi-final against golden medalist Joó, faced Daria Pogorzelec from Poland for the third place. In the begining of the fight Pogorzelec scored a yuko, but after was too passive and received to shido. Due to a leg grab she lost the fight on hansoku-make which meant bronze for Louette who’s a former double European U23 champion (2005 and 2007).