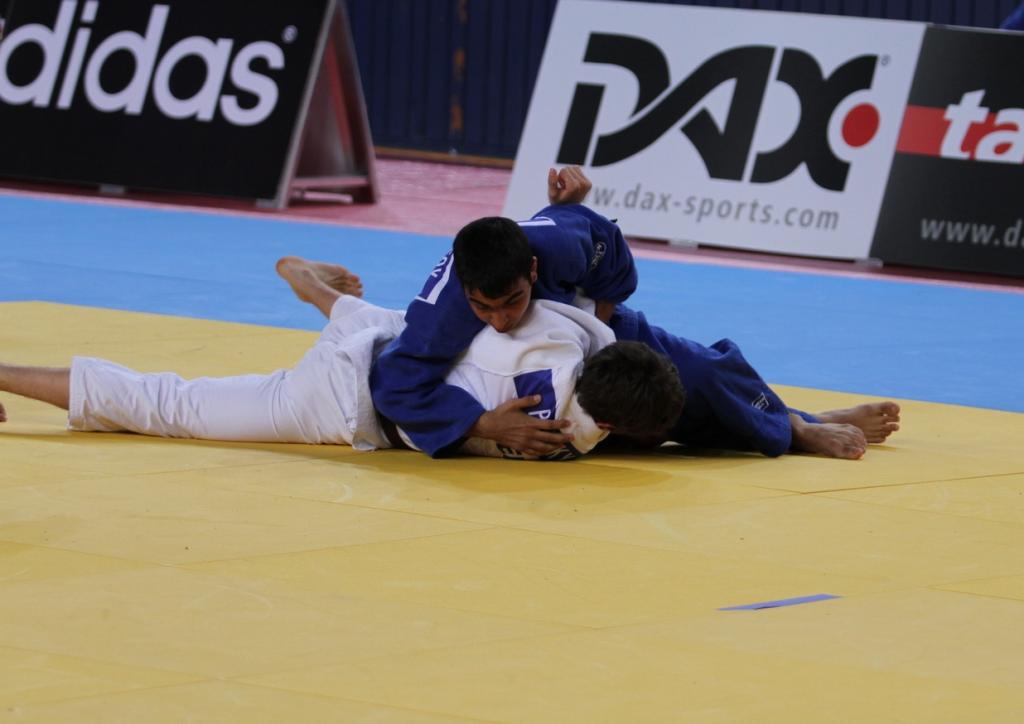 Azerbaijan dominated the men’s category with four medals, 2 gold and 2 bronze. Elnur Abbasov (U50kg) and Hidayat Heydarov (U60kg) won the gold. At the same time the IJF Grand Prix for seniors is held in their nation. Abbasov has won three European Cups this year and is the best performing judoka joint by Hidayat Heydarov and Italy’s Elios Manzi.
Owen Corzilius of the Netherlands defeated his compatriot Matthijs van Harten in the final U46kg. Vil Bagautdinov (RUS) took the gold U55kg when he defeated home judoka Devin Waldenburg (GER).

Berlin is the ninth European Cup for Cadets this year. Next week in Bielsko-Biala (POL) is the last event of the season.

Watch all pictures of the European Cup in Berlin: