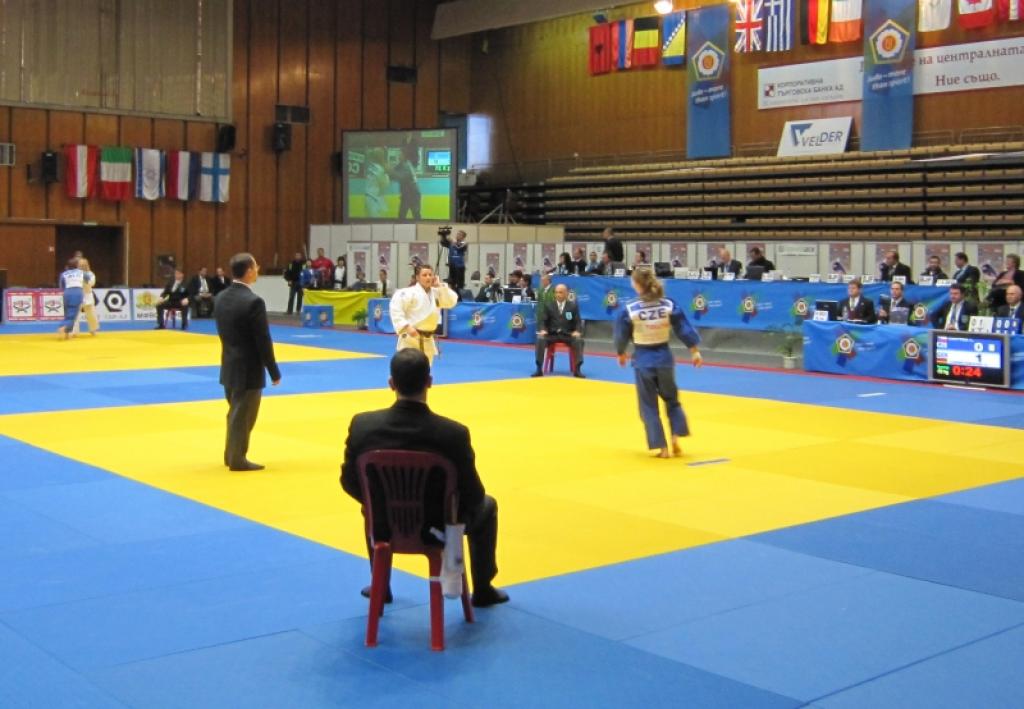 Romania was a great surprise today in the medal tally at the First women’s World Cup of this year in Sofia. With a gold medal U57kg and two bronze medals U48, Romania leads for Russia and Belgium.

Corina Caprioriu was responsible for the victory U57kg defeating Hannah Brueck (GER) in the final by ippon. The 23-year old Romanian judoka is very experienced although she relatively young. But as World Cups she never reached a gold medal, but lost three previous finals in 2006 (Bucharest), 2007 (Sofia) and 2009 (Madrid). But this year she was on the winning side against 20-year old Hannah Brueck who won her first World Cup medal ever. But the German Champion couldn’t resist the ippon of Caprioriu who won so many international silver medals.

Good news for Romania who saw Olympic Champion Alina Dumitru losing to 16-year old Hiromi Endo (JPN) in the semi final U48kg, but ‘Pitzi’ won the bronze after a victory against Michael Baschin (GER). The gold however was for Belgian Charline Van Snick. Van Snick won the first World Cup for Belgium since 2006 (Leen Dom in Rome) U48kg. Between Dom and Van Snick only Ilse Heylen won a World Cup for Belgium. But Belgium is climbing in Europe with good performances of its talents U17 and U20, and good performances of Dirk van Tichelt in the men’s category.
Van Snick, last year’s European Champion U20, is the first of the talents who now won a World Cup at the Seniors after winning four major European U20 tournaments.

Who else than Natalia Kuzyutina won the U52kg weight class. But it was the dream final against 18-year old World Junior Champion Majlinda Kelmendi from Kosovo, who competed for Albania in this occasion as her country is not recognized by the IOC. Kelmendi won three matches, but in the final was superior and won her fourth match of the day.
The average age of the winners today was 20 years which is good for judo.

Tomorrow the other four categories will start their first World Cup. You watch them live from 09.00 CET at www.eju.net.