Youth Olympics hopes for the youth of the world 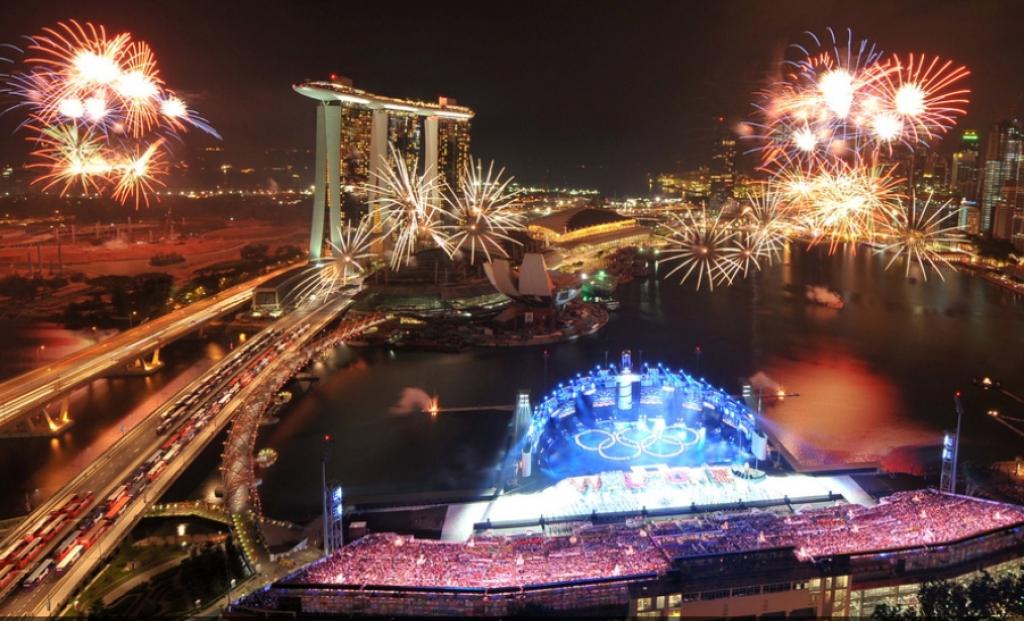 The Singapore 2010 Youth Olympic Games got off to a dazzling start on Saturday night, with the city’s skyline providing a magnificant backdrop to a rousing opening ceremony dedicated to the more than 3,500 athletes in attendance from all corners of the world.

The 27,000 people at Marina Bay were treated to a two-hour show that showcased Singapore’s rich history and celebrated the cultural diversity of the country’s indigenous people and the young Olympians, aged 14 to 18, who will compete in the Games’ 26 events.

The inaugural competition is designed to be a stepping stone for young athletes striving to compete at the Summer Olympics. And while sport will be the main focus over the next two weeks, there is a simultaneous cultural and educational programme to teach the athletes from the 204 participating countries about Olympic values and global issues.

“From this moment on, young people from around the world have a chance to participate in a global event that combines sport, education and culture,” IOC president Jacques Rogge (BEL) said.

“Throughout this programme, our young Olympians will take part in activities and discussions on global and social issues as well as learn how they can make a positive impact in their community,” said Singapore president S R Nathan.

The show was tailored for the age group it was addressing and its messages ranged from fairness in competition to combating hunger and disease and promoting world peace. It also included 54 teen-oriented multimedia videos specifically produced for the opening ceremony.

“It’s an excellent Games. Youth is very important, they are the future of the world,” said IOC member Sam Ramsamy (RSA). “Everything tonight made it clear about the importance of a healthy lifestyle in the body and the mind. It also shows us that friendship is more important than becoming rivals in sports.

“It is an outstanding ceremony. It addresses a lot of challenges the world faces,” said Australian IOC member John Coates. “I’ve seen so many ceremonies but this is one of the best in terms of the age group it’s addressing.”

The opening ceremony marked the first time Olympic athletes were brought into the event early and did not march behind flags of their country. Spectators were on their feet clapping and cheering when the competitors entered from both sides of the stage of the Marina Bay venue.

This was followed by a thunderous display of drumming, accompanied by myriad dancers of all ages.

At one point, a menacing monster that represented the inner fears and struggles of everyone in attendance cast an imposing shadow over the event.

More than 5,000 performers, including children from 47 Singapore schools, were involved in the ceremony.

Throughout the show, fireworks lit the sky. More than 2,000 were used and they were synchronised to the music and shot from the crowns of various buildings around Marina Bay.

The result was a spectacular occasion from beginning to end.

It seemed appropriate that sailor Darren Choy, Singapore’s 2010 Sportsboy of the Year, was given the honour of lighting the Youth Olympic flame. Choy competes in the boys’ one-person dinghy event and the 32-metre high cauldron he ignited resembled a lighthouse to symbolise a guiding light that welcomes people to a safe harbour.

At the end, Olympic swimming legend Michael Phelps (USA), who won eight gold medals at the Beijing 2008 Games, reminded the young athletes that winning was not everything.

“Do your best but above all, have fun,” Phelps said in a video address.

The first medals will be awarded on Sunday. The judo event in Singapore will start the 21st of Augustus. Last week the founding member of the Singapore Judo Federation, Mr. K.S. Moorthy passed away.
Moorthy was IJF Honorary member, Senior Vice President SJF, Judo Olympian in Tokyo 1964 and Judo 9th Dan and will be remembered during the Olympic Games as founding father in Singapore.