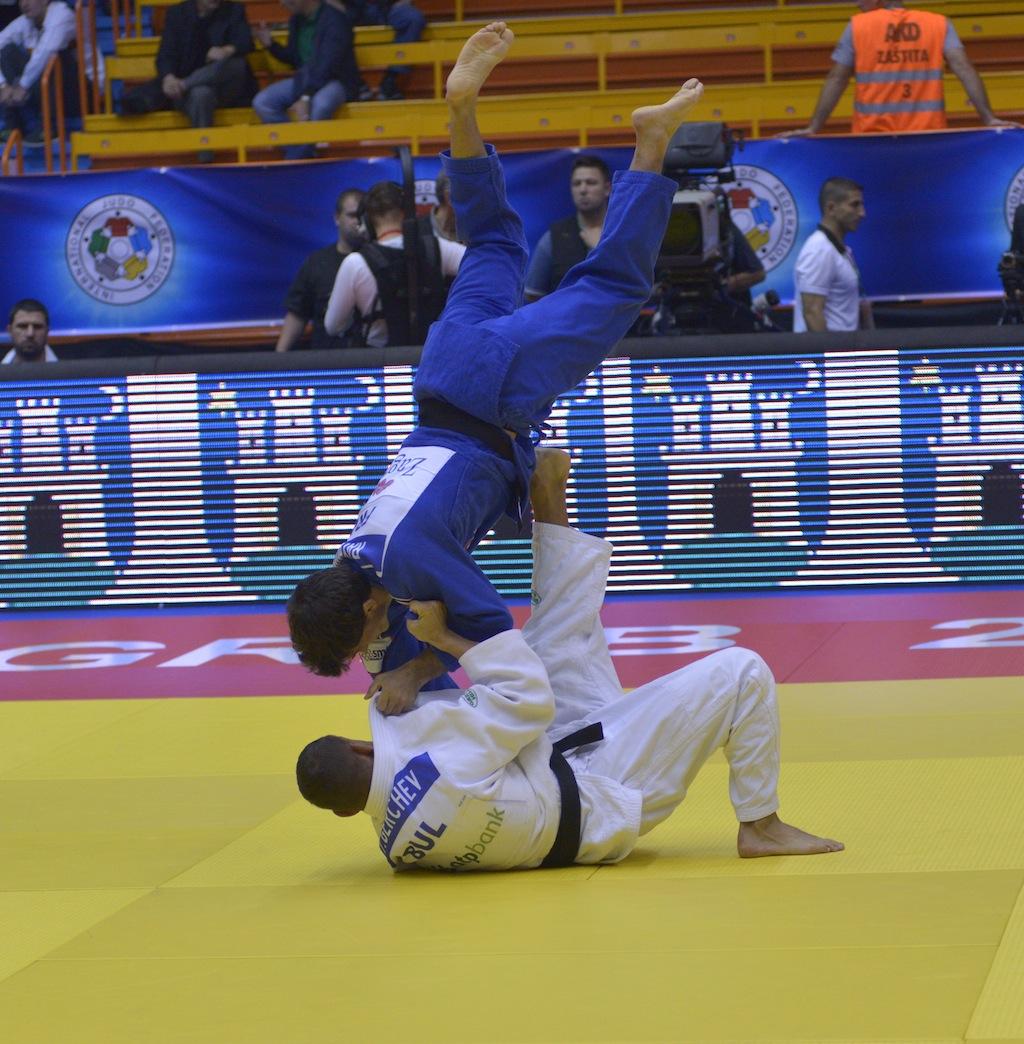 The Zagreb Grand Prix begins on Friday 12 September with two categories for men (-60 and -66 kilos) and three categories for women (-48, -52 and -57 kilos). Coming only two weeks after the World Championships in Chelyabinsk the organizers may be reasonably happy with the number of athletes attending, 330 in total, 148 women and 182 men. Day one sees the return to competition of Olympic bronze medalist Charlene Van Snick BEL who is no doubt eager to consign the last year to history. The 24 year old Belgian will do well to medal here in a field that includes Taciana Lima GBS, Valentina Moscatt ITA and Maryna Cherniak UKR. There is also another opportunity presented to Russian youngster Irina Dolgova RUS after her first round defeat at the recent world championships. Meanwhile at -52kg two Israelis Gili Cohen, seeded number 1 and Roni Scharwtz, seeded number 3, could come face to face in the final if all goes to plan. With plans of their own are Belgium’s Ilse Heylen and Annabelle Euranie FRA both of who should be among the medals. The -57kg category offers up possibly the most interesting of the days match-ups beginning with Nora Gjakova KOS and Nekoda Davis GBR two young fighters looking to collect valuable early points for Rio 2016. Davis and Gjakova are in a tough top half that features (Number 1 seed) Vlora Bediti SLO who has a first round bye. Also in the top half are French pair Laetitia Blot (4) and former junior world champion (2010) Helene Receveaux. The bottom half of the draw has Karakas Hedwig HUN (2) heading up Loredana Ohai ROM (3) and Ivelina Ilieva BUL. There is also a chance to see cadet world champion Jessica Klimkait CAN who has moved up from -52kg. In the men’s -60kg category Ashley McKenzie GBR is seeded number 1 at this Grand Prix. Pavel Petrikov CZE (2), Diego Santos BRA (3) and Yanislav Gerchev BUL (4) go to make up the top four quartet. In the -66kg category another Briton, Colin Oates takes the number 1 seed spot. Oates is highly rated at number 7 on the IJF WRL and is the defending champion here at this Grand Prix. His form should see him find the podium for a second year.