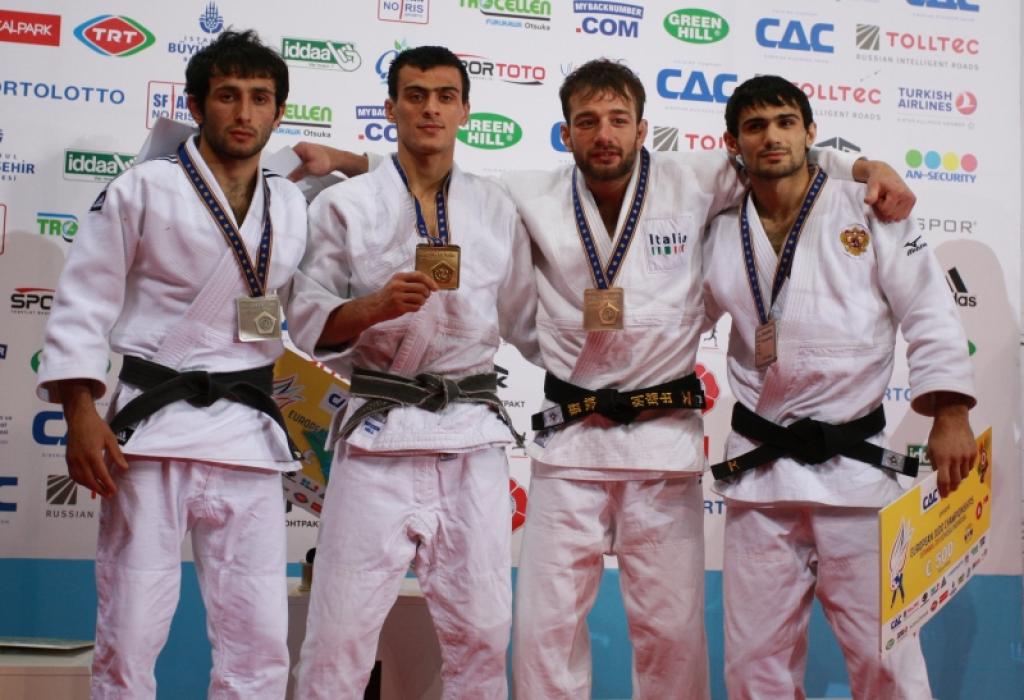 One of the favourites in advance was Georgii Zantaraia (UKR). Today he collected his first European title. In the final he defeated newcomer Betkil Shukvani (AZE) who surprisingly reached the final by beating Arsen Galstyan (RUS), the 2009 European Champion. Zantaraia was dominant the whole match and scored a waza-ari halfway the match and finished as a tiger defeating Shukvani on the ground.