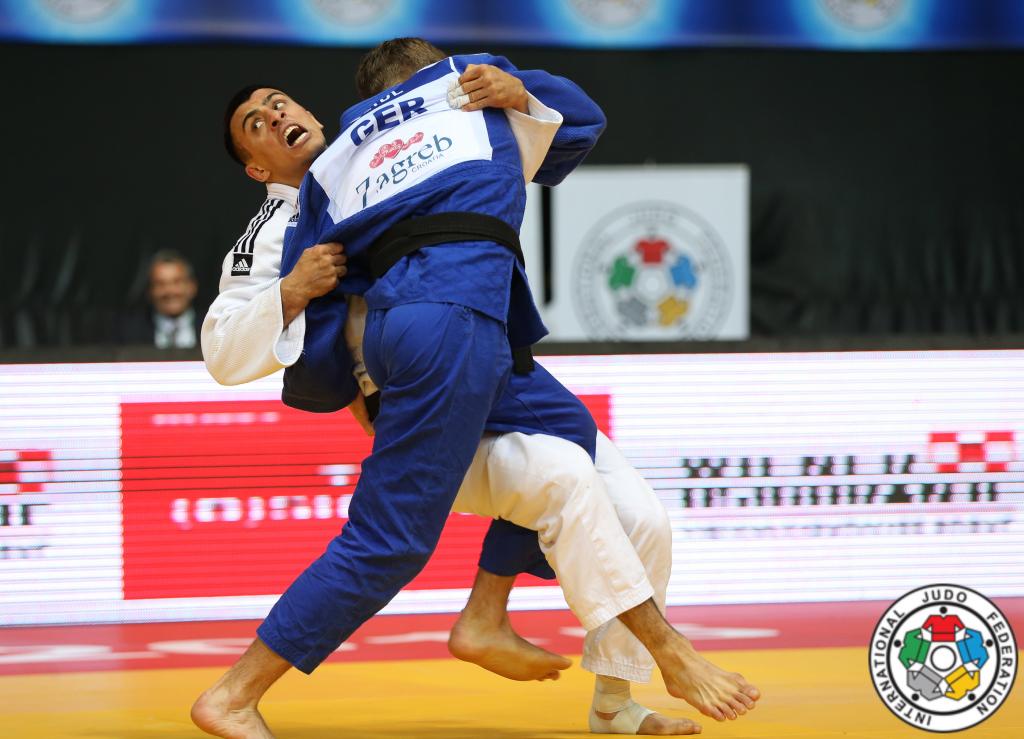 Being top seed at an IJF grand prix guarantees the athlete one thing; and that is the position of number one seed. Thereafter, it is up to the individual to make the most of the coveted top spot and that is exactly what Georgii Zantaraia UKR did today in taking the gold medal in the -66kg category. It’s easy after the event to say that Zantaraia simply did what was expected of him. But it was the method and margin of the Ukrainian’s wins that made this a noteworthy addition to the Zantaraira record. In the first instance the former world champion won all his contests inside the distance, only Junior Degen NED (in collecting four shidos) thwarted Zantaraia’s efforts to win all contests by ippon. He also avoided being scored upon. First to fall was Szoke Laszlo HUN whom Zantaraia caught on the ground with a sharply executed shime waza. Degen was next, followed by Tornike Tatarashvili GEO whom Zantaraia threw with a trade mark koshi guruma for waza ari then holding the Georgian with mune gatame for the win. This brought up a semi final contest with Golan Pollack ISR. The pair had fought once before, in the final of the Samsun Grand Prix, 2013, where Zantaraia had come out winner. The result today was the same; a win for Zantaraia, this time the Israeli was thrown with ushiro goshi for ippon. In the final, Germany’s Sebstian Seidl was unable to stop Zantaraia from claiming gold and fell to a cross between ura nage and a yoko sutemi waza. “I feel that I was the strongest today. I am very pleased to win and I am ready to repeat it every day”, said Zantaraia.