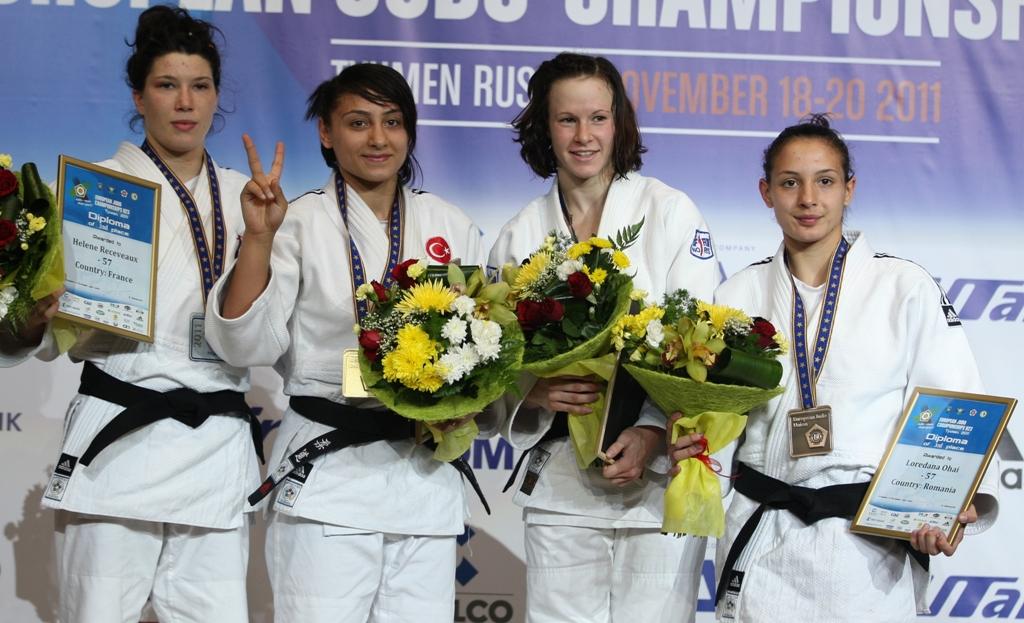 Tugba Zehir has collected her second European U23 title. Last year in Sarajevo she won the title U52kg, this year she took the U57kg title.
It is her fourth European title. In the final match she won against French Helene Recevaux by two yuko. Even she is still in the junior category, Zehir won was able to collect this championship again. Earlier this year she won a gold medal at the European U20 Championships in Lommel. She already won the European U17 title.

Swiss Larissa Csatari won her first European medal ever. She was better in the bronze medal fight against Agata Perenc (POL). In the second bronze medal fight Loredana Ohai (ROU) won against Ivelina Ilieva (BUL) by keeping her 25 seconds in osae-komi.