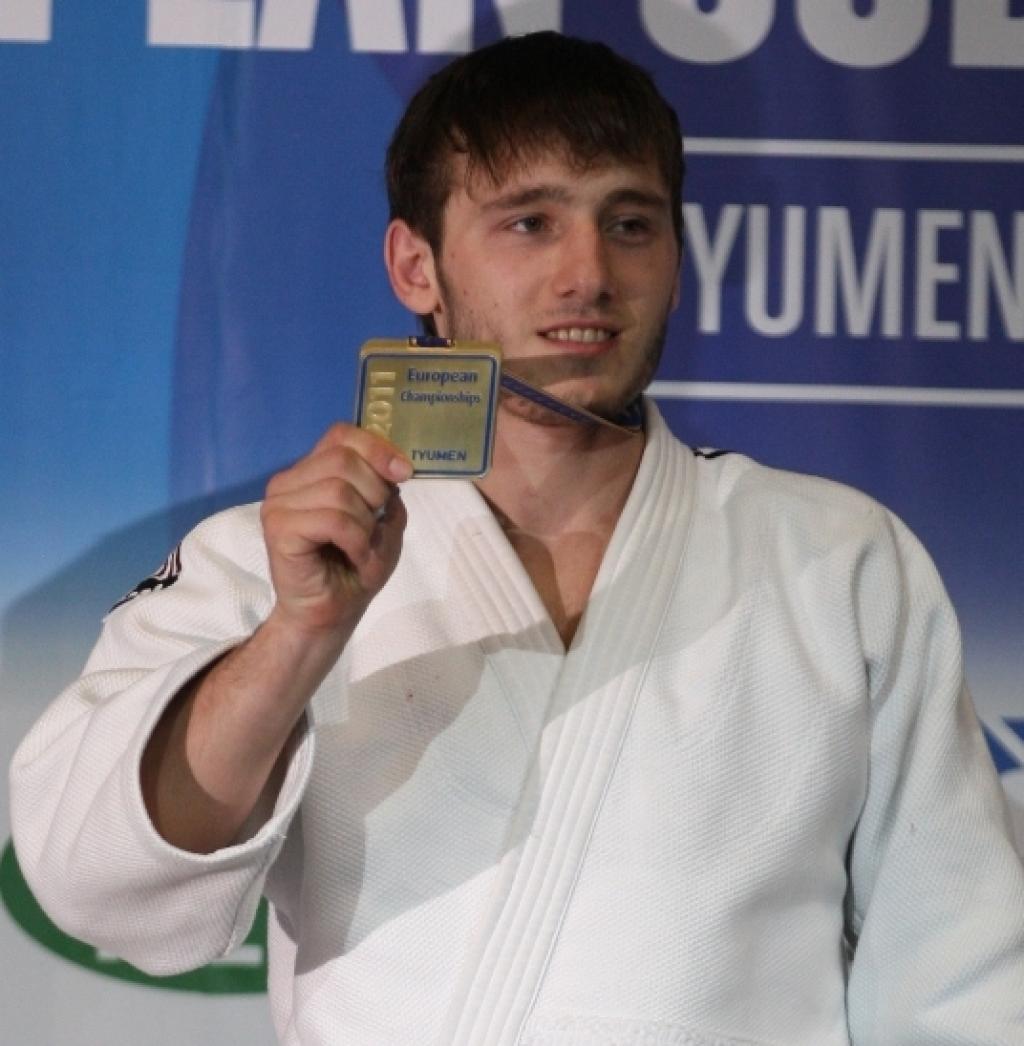 The final between Massimiliano Carollo (ITA) and Zelimkhan Ozdoev (RUS) in the category U73kg didn´t need more than 13 seconds. Ozdoev threw Italian fighter perfect Uchi-mata by scoring ippon. Russian was very happy with his European title which he celebrated in front of his extraordinary crowd. Carollo was very sad because fight ended so fast, so he couldn’t actually show his real judo. However, Ozdoev won all of his fights by ippon except semi-final fight against Kurkiewicz (POL), which he took with yuko.