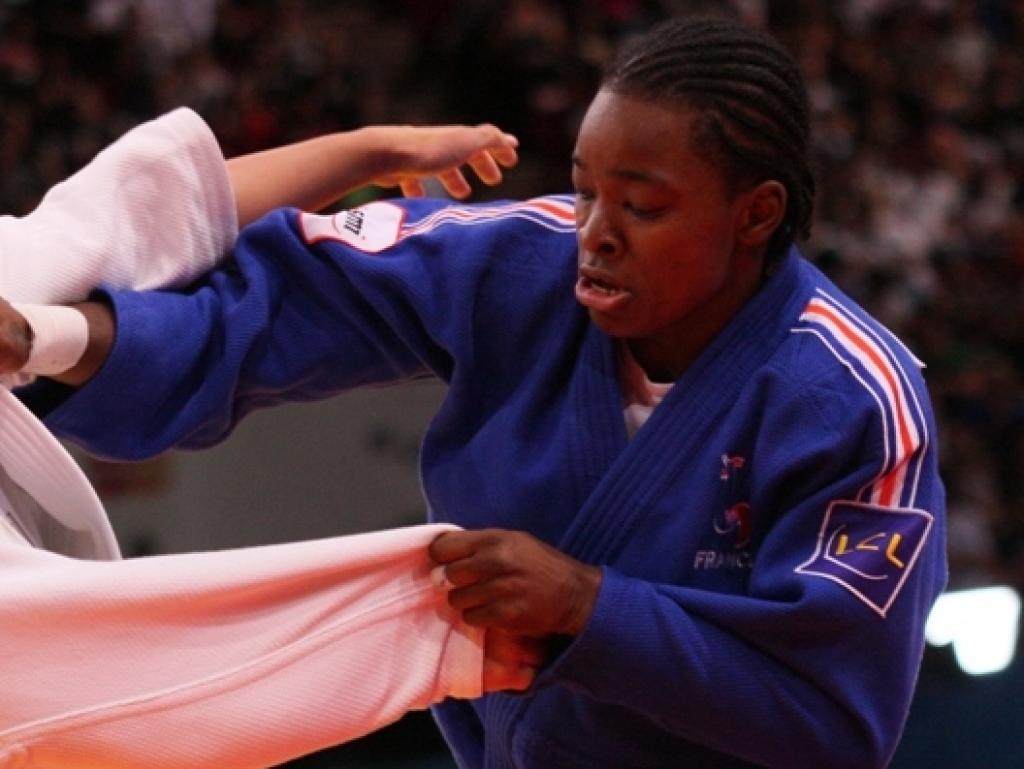 The top women of the French team have felt their opponents as a test for their current form. The shape is good, and after winning the World Cup in Warsaw the moral balance is good as well. Both Gevrise Emane and Audrey Tcheumeo won their weight categories U63kg and U78kg.
In an interesting field Emane had no troubles winning a gold medal taking five bouts by ippon and the final against Yaritza Abel of Cuba by yuko on penalties. The opponents are not the ones that will be the barriers for an Olympic Gold medal but good opponents to stay sharp. Abel is Pan Am Champion U63kg and good give a good match against the World Champion. A bronze medal taken by Claudia Ahrens of Germany and Vlora Bedeti of Slovenia. Ahrens defeated Düsseldorf GP winner Joung Da-Woon in her third fight but lost to Abel in the semi. Bedeti defeated strong European opponents and can be the successor of Urska Zolnir.

U78kg Audrey Tcheumeo defeated Korean Jeong Gyeong-Mi who won the World in Sofia in January. Tcheumeo defeated all opponents in a comparable field to Sofia. She defeated three opponents who finished top 5 in Sofia.
In Warsaw Tcheumeo was the only European on the final accompanied by Jeong, Levesque from Canada and Zhang from China.

U70kg Kim Polling was the only European on the stage, but had to be satisfied with a silver medal. After leading in the final against Soi Kyong of the DPR Korea Polling gave her lead away. Polling makes good progress at the age of 21 and is Holland’s alternative for Edith Bosch forming a strong trio with Linda Bolder.
Polling defeated 2009 World Champion Yuri Alvear in the semi final and strong Brazilian Maria Portela who won silver last week in Düsseldorf, and Onix Cortez (CUB), bronze medallist in Düsseldorf.
Soi is the first ever for her country to win a World Cup in this category. Of 40 World Cup victories only two North Korean men won gold.

Cuban Idalis Ortiz Boucurt won gold in the plus category, but the home crowd hoped for gold for Urszula Sadkowska, Poland’s hope for an Olympic medal in the women’s category. The 27-year old heavyweight has a subscription for fifth places so could be satisfied with her first World Cup medal since July 2010. Emilie Andeol of France and Kim Na-Young completed the medal stage.

Review the results here or watch photos in our media gallery.