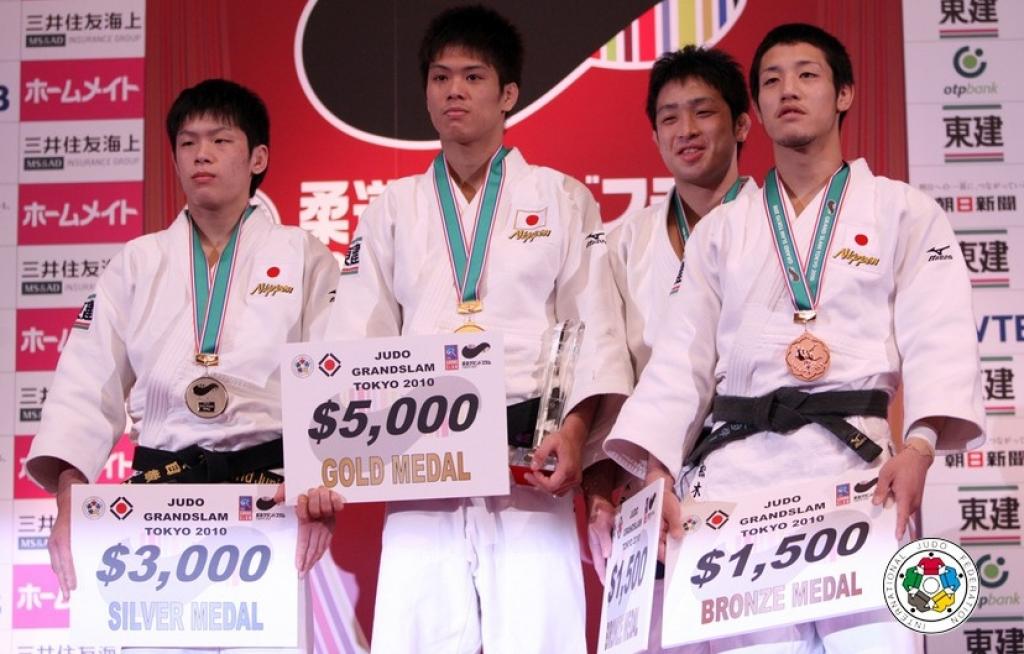 Japan was perhaps expected to win the U60kg class at the Grand Slam of Tokyo at day one. But four places on the stage was a performance to the extreme. A unique situation when Hirofumi Yamamoto topped the stage with runner-up Toru Shishime next to him. Shinji Kido and Takeshi Matsuki won bronze, all relative new guys of just 20 years old, Shishime even 18 years young. The last time that a country finished single on stage was at 31 January 2010 when in Tbilisi the Georgian men finished 1,2,3,3. For Japan it happened U48kg in Suwon this year.
It wasn’t very different in the women’s U48kg. 2009 World Champion Tomoko Fukumi is back on track winning this category in the final against Kaori Kondo. World Champion Haruna Asami lost to Kondo and finished fifth. No place for European medals here. Three Europeans finished fifth.
U52kg World Champion Yuka Nishida defeated 16-year old schoolgirl Anzu Yamamoto in again a Japanese lightweight final by yuko. Anzu won the world title recently in Agadir and won the U20 European Cup in St. Petersburg and today defeated Ana Kuzyutina.
Spanish Laura Gomez finished again in the top. Last week she lost the final in Suwon, she finished second at the GP of Rotterdam so her performances are slightly better than her experienced rival Ana Carrascosa. Interesting battle for Spain, and they need more competition not to loose the connection with other booming nations.
In the men’s U66kg Musa Mogushkov was the only European finalist of the first day but lost to his Japanese opponent Masaaki Fukuoka.