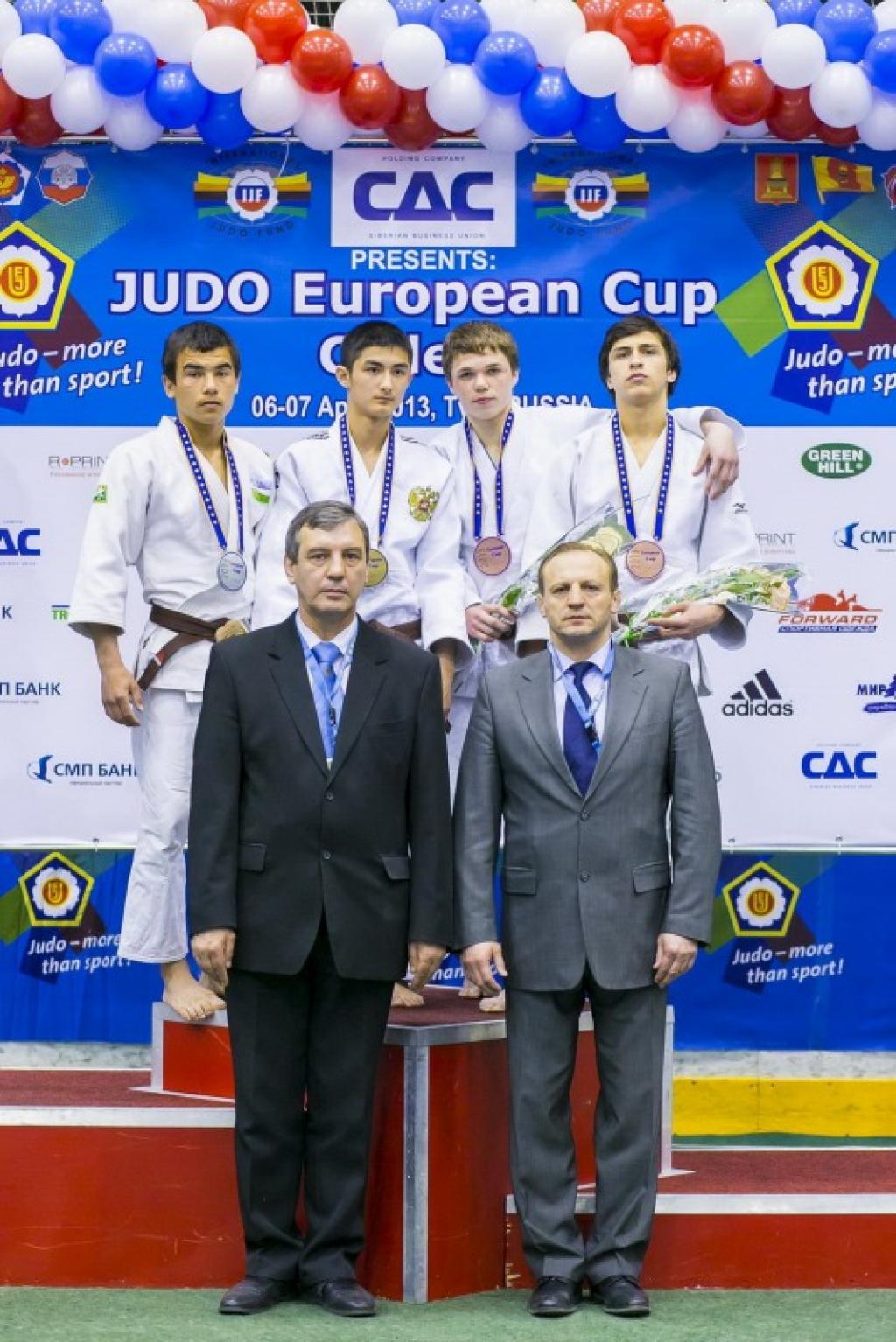 Traditionally The Cadet European Cup is organised in Tver, Russia at the beginning of April. This year 261 athletes from 16 countries fought for the medals. Not only European but also Asian countries like Uzbekistan, Tajikistan, Kyrgyzstan and USA sent its fighters to the Cup. The Cup will be followed by a training camp.

Russian team had a great dominance on the first day of competition with 7 gold medals out of 8.

It was Reka Pupp from Hungary to have  proved her high level winning the second title this year. She was the first at Zageb Cup and now she won Tver Cup. Her coach, World Champion Akos Braun, said she was happy to win as she was only second last year here in Tver.

The main intrigue of the second day was if the most titled participant of this Cup take another gold medal. Mikhail Igolnikov (RUS) is a World Champion Cadets 2011 and a twice European Cadet Champion 2011 and 2012. In the final of -81kg he met with his teammate, Kuzgov Magomedrasul. All the spectators expected a good fight. And Mikhail Igolnikov did a brilliant uchi-mata that brought him win. Now the leader of the Russian Cadet team will be preparing for European and World Championships.

The only final where there were no Russian athletes took place in -70kg women where Turkish Erdogan Semanur was stronger her teammate Ersoy Raziye.

You can download the results in our results section:

Watch all photos from Tver in our media gallery: