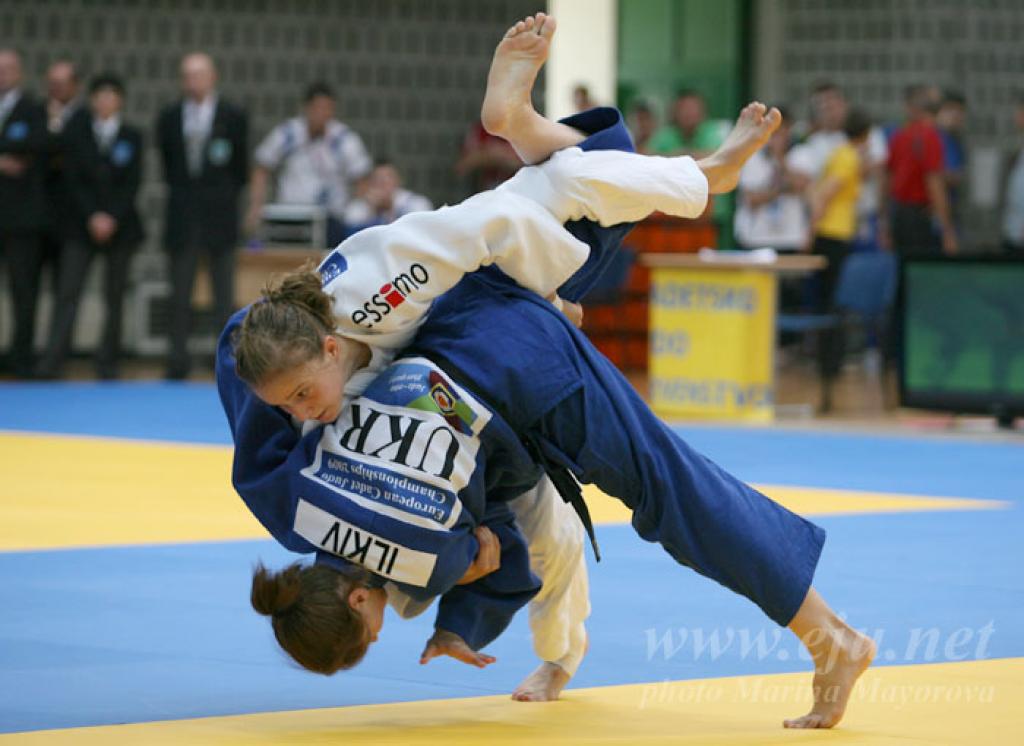 Russia has won 22 Olympic youth titles in the past including this edition. 1999 Was the most successful year with 4 gold medals, but this year Russia won a silver and bronze medal, compared to two bronze medals in 1999.

Odette Giuffrida (ITA) and Nataliia Ilkiv (UKR) where the only fighters who could confirm their European win in Koper (SLO).
European champion Verena Nizamova (RUS) finished third in Tampere losing to Dutch Laura Prince (NED) who took the gold U44kg.

Valeria Ferrari (ITA) wasn’t able to win the European Olympic title this year. She lost to Belgian U17 Champion Lola Mansour who finished fifth in Koper.

The second Belgian gold medal was delivered to Toma Nikiforov after his win over Zilvinas Lekavicius (LTU). Belgium has never won two Olympic titles in one edition.