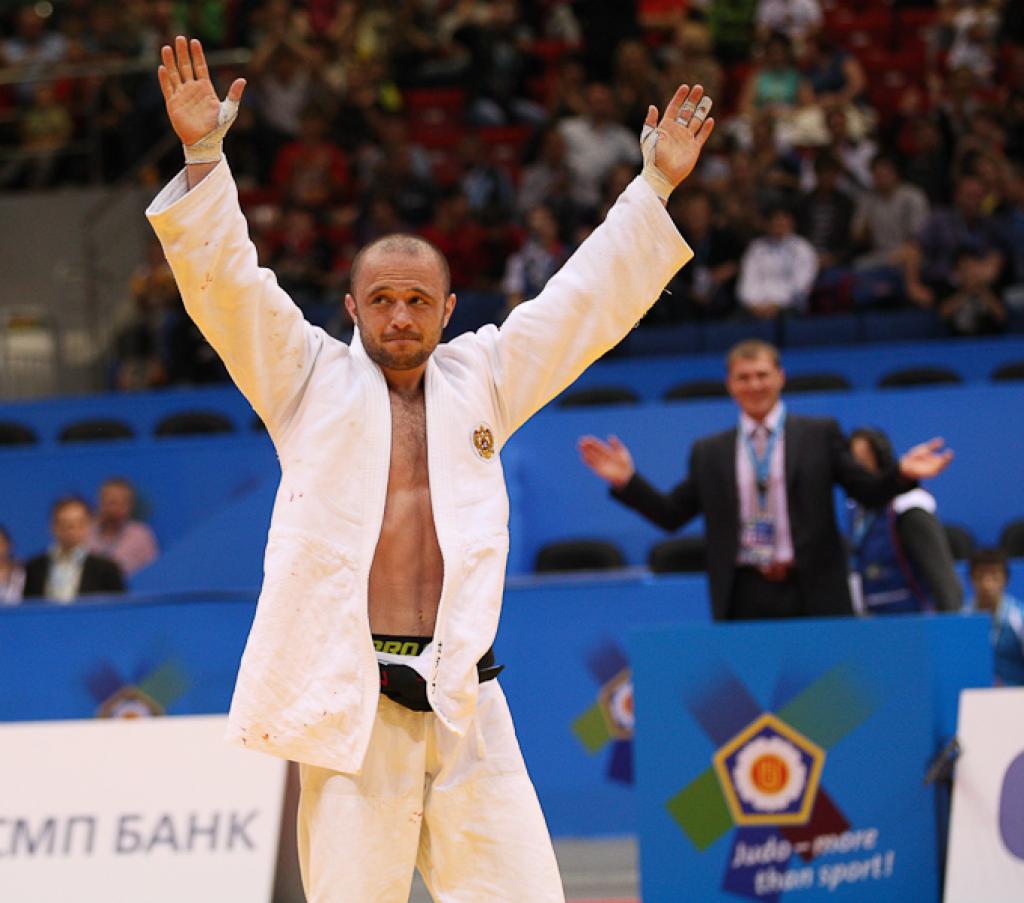 The Lisbon Judo World Cup 2012 will start on Saturday with 126 competitors of 28 countries, at the Odivelas Sports Hall. The world top players present in Lisbon come mainly from Russian and France.

Saturday, we will see the -60kg, -66kg and the -73kg category.
At -60kg a big gap separate the Russian Beslan MUDRANOV (6) and the French Sofiane MILOUS (14) from all the others. We could predict a final between the reigning Europe Champion and the one of 2010, but this is judo and we never know…

The -66kg category with 24 competitors will fight against the 2012’s 90% victory average of the Russian Alim GADANOV (inthe picture). May be the last year U23 European Champion, the Hungarian Bence ZAMBORI, will have something to say.

At -73kg Mansur ISAEV, “Mister Excitement” as someone once called him, can bring the best of judo to the Portuguese crowd and the fight for the other place in the final will be tough between all the others.

At -81kg the Portuguese fans were expecting to see the Portuguese João PINA, but another Russian European Champion, Sirazhudin MAGOMEDOV and the French Alain SCHMITT will give the show. The last weekend Madrid World Cup Champion, the Spanish Adrian NACIMIENTO LORENZO will also be present, last week he won in the semi-final to the 2009 World Champion, Ivan NIFONTOV, lets see what he can do here in Lisbon.

The -90kg category will be an interesting category to see, with non of the top 40 world players in the house, lets see who stands out to collect the gold medal, although this year Baku Grand Prix Winner, the Russian Iurii PANASENKOV and the bronze medalist, the Georgian Zviad GOGOTCHURI seem the strongest candidates.

At -100kg we have the Russian Sergei SAMOILOVICH and the Belgian Elco van der GEEST at opposite sides but on his side, Elco van der GEEST has the young Ukrainian Dmytro LUCHYN, bronze medalist this year in Baku.
Teddy RINER is the world undefeated superstar present in the +100kg category that everyone wants to on the mate.

Watch the live feed and results as well this weekend: