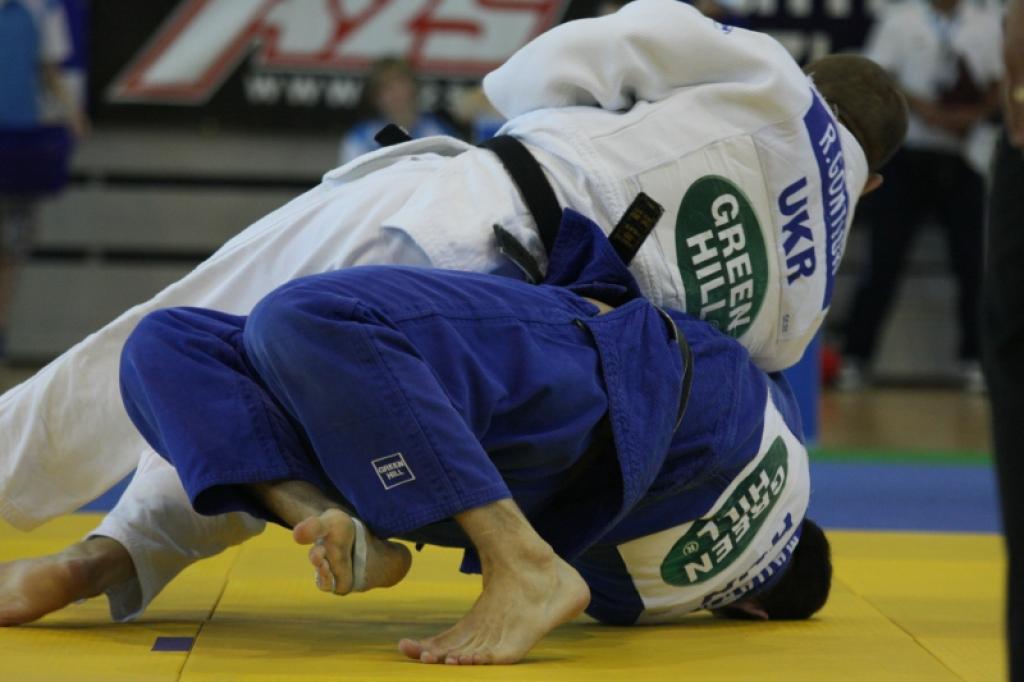 At the Green Hill European Cup for seniors in Celje, some Olympic medal candidates have felt the bath temperature with some good warm-up matches. In Slovenia a high level participants list was fighting at four tatamis.

The Slovenian athletes showed their strength at home winning five medals on the first day. Gold for Tina Trstenjak U63kg, a highly competitive weight category and especially in Slovenia. With the 21-year winner Trstenjak, another challenger for the position of Urska Zolnir for the next Olympic cycle. Zolnir won the last two editions in Celje in this category. Nina Milosevic was also the finalist last year, also this year she had to deal with a second position.

Another gold medal in the women’s division was claimed by Lucija Polavder. Not a surprise, but a good field for her with some talented youngsters, who can challenge her in a few years time. The new generation was good in Celje. A silver medal for one of those exponents, Tessie Savelkouls (NED) in the heavyweight category.
Polavder won the European Cup for the third time in a row since 2010.

Matjaz Ceraj just missed the gold medal for the home country in the final against Stanislav Bondarenko of the Ukraine in the men’s heavyweight category. The Ukraine sent a strong equipe to Celje with 38 judoka, followed by the Netherlands with 30 judoka.

One of the most interesting categories was the men’s U90kg where the Ukrainian judokas had to qualify for the Olympic Games. Of the three candidates, Roman Gontyuk had the best result, finishing fifth, but also not very satisfying. Vadym Synyavsky lost his second match as well as Valentin Grekov. Gontyuk lost his last two matches. The winner in this category was Walter Facente (ITA) who defeated Magomed Magomedov from Russia.

Hungary won a gold medal by Hedvig Karakas U57kg. Her first victory since September last year when she won the World Cup in Almaty. In the final she defeated Vesna Dzukic of the home nation Slovenia.

One of the best comebacks this year can be awarded to Amelie Rosseneu of Belgium. The tiny lightweight won the gold for herself, but also for her coach Neil Adams. Celje was his last well done job, and he will now retur to the UK after three years living in Belgium.
Back to Rosseneu who suffered two major knee injuries, left and right and came back in May with a silver medal at the European Cup in London, won at the World Cup in Bucharest and on Saturday she claimed to gold against Austrian Champion Valentina Schauer.

Find the photos of the Green Hill European Cup in our media gallery: