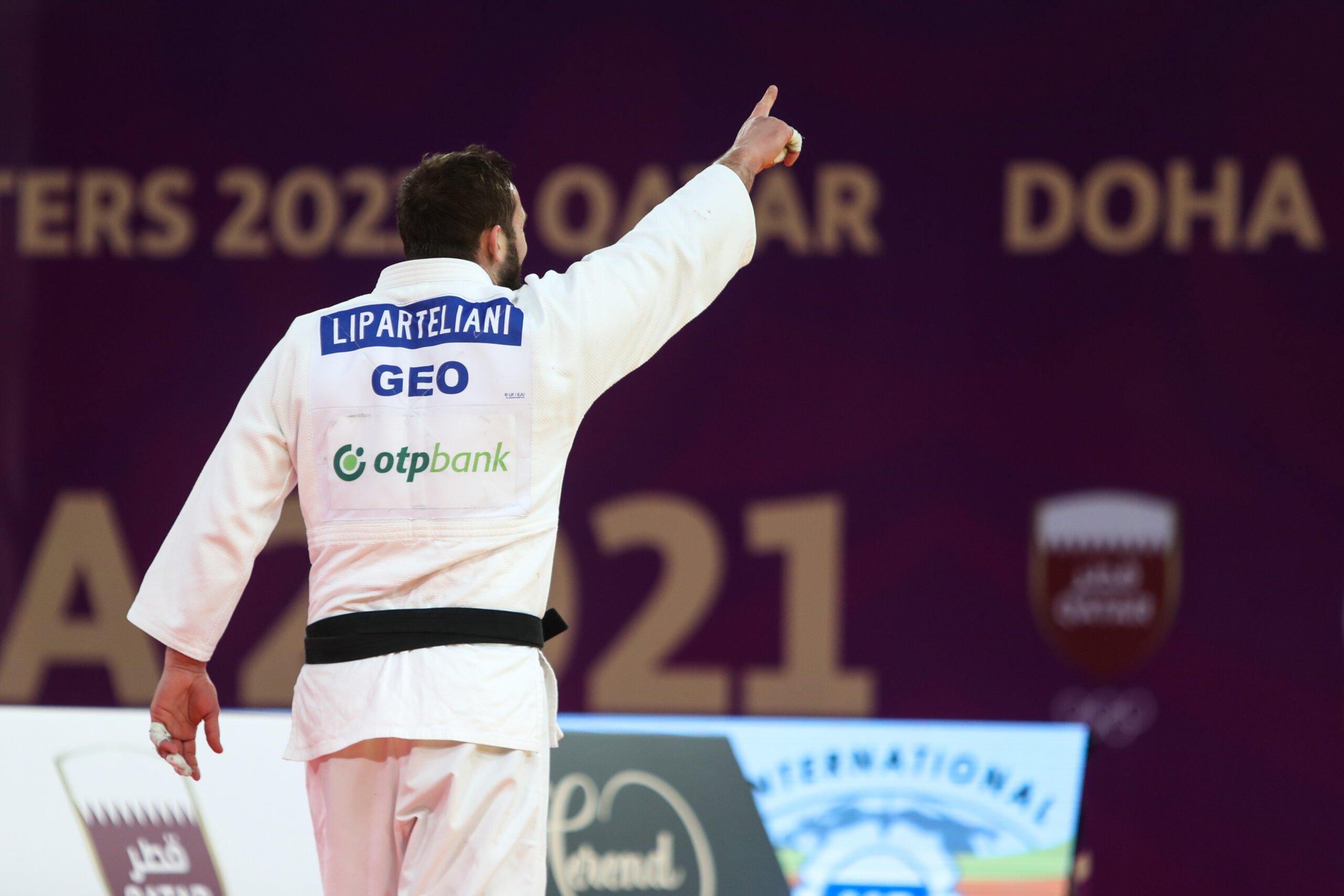 On the third and final day of the IJF Masters event in Doha, Europe claimed all but two of the available twenty medals. An incredible accomplishment was set in motion early on as fan favourites went from strength to strength in the preliminaries.

In the -100kg category, Varlam LIPARTELIANI (GEO) made claim to his third IJF Masters gold medal, and what a performance it was. With the best in the world congregating for those all important ranking points ahead of the Olympic Games this year, it was never going to be an easy day for any of the athletes, but Liparteliani came with a bang, and after suffering a loss to Peter PALTCHIK (ISR) – eventual bronze medallist – in the European Championships, levelled the playing field.

An equally impressive performance came from Zelym KOTSOIEV (AZE), losing out only to Liparteliani in the final contest, but defeating the like of 2018 World Champion CHO Guham (KOR) in round one. The second bronze medal was picked up by podium regular, Arman ADAMIAN (RUS).

Georgia found great success in the -90kg category as well, taking home two medals, Beka GVINIASHVILI (GEO) seems to have resurrected himself and is back on top form, perfect timing as well swiping a silver! The more senior of the two medallists was back in his stride but there is no sidelining the younger Lasha BEKAURI who in fact took gold in the Masters event in 2019. Moving seamlessly on to the senior scene following junior success, he is still on the chase as there aren’t many points between them, a bronze medal safely in his pocket. 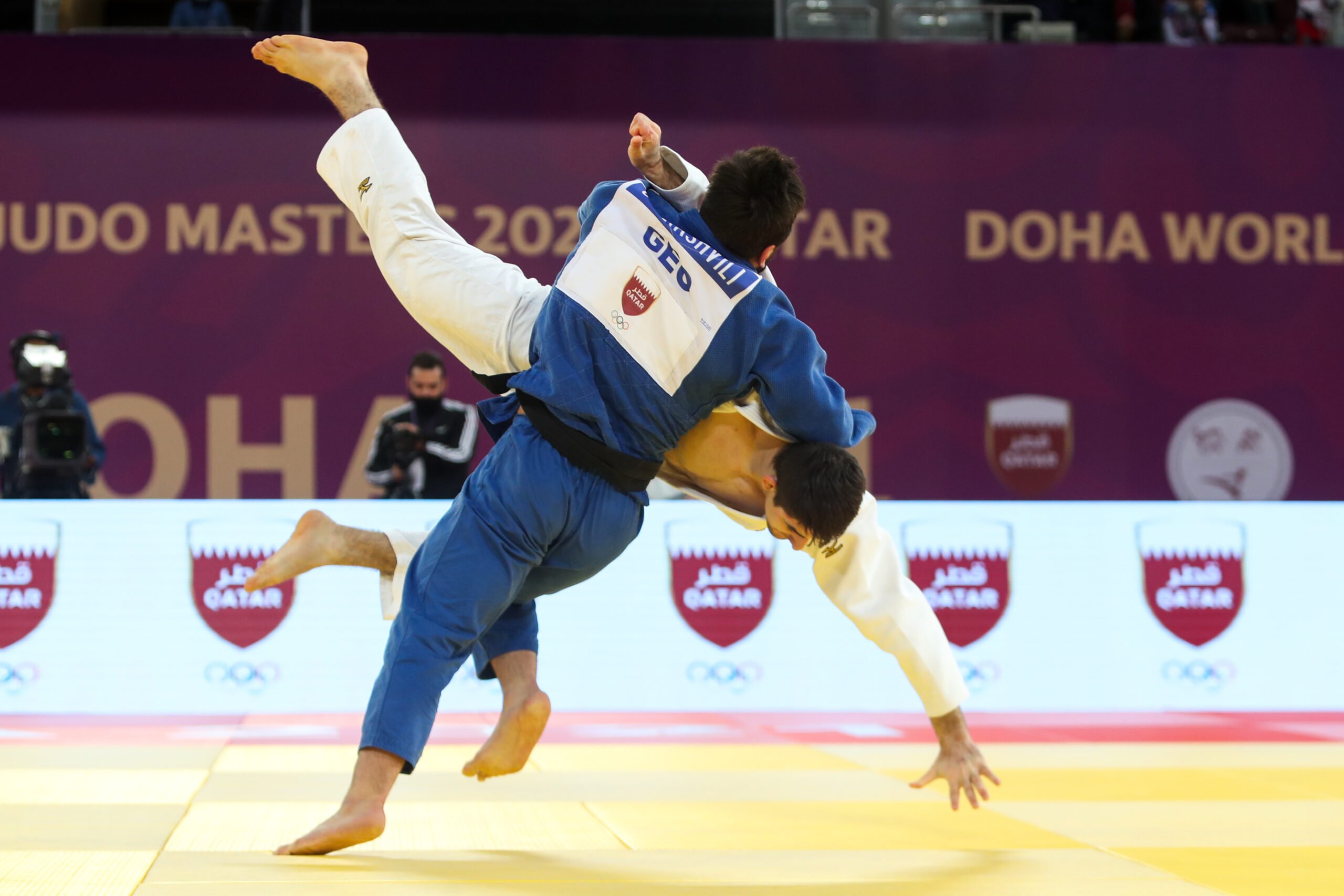 Beka GVINIASHVILI (GEO) back on track with his huge throwing skills. 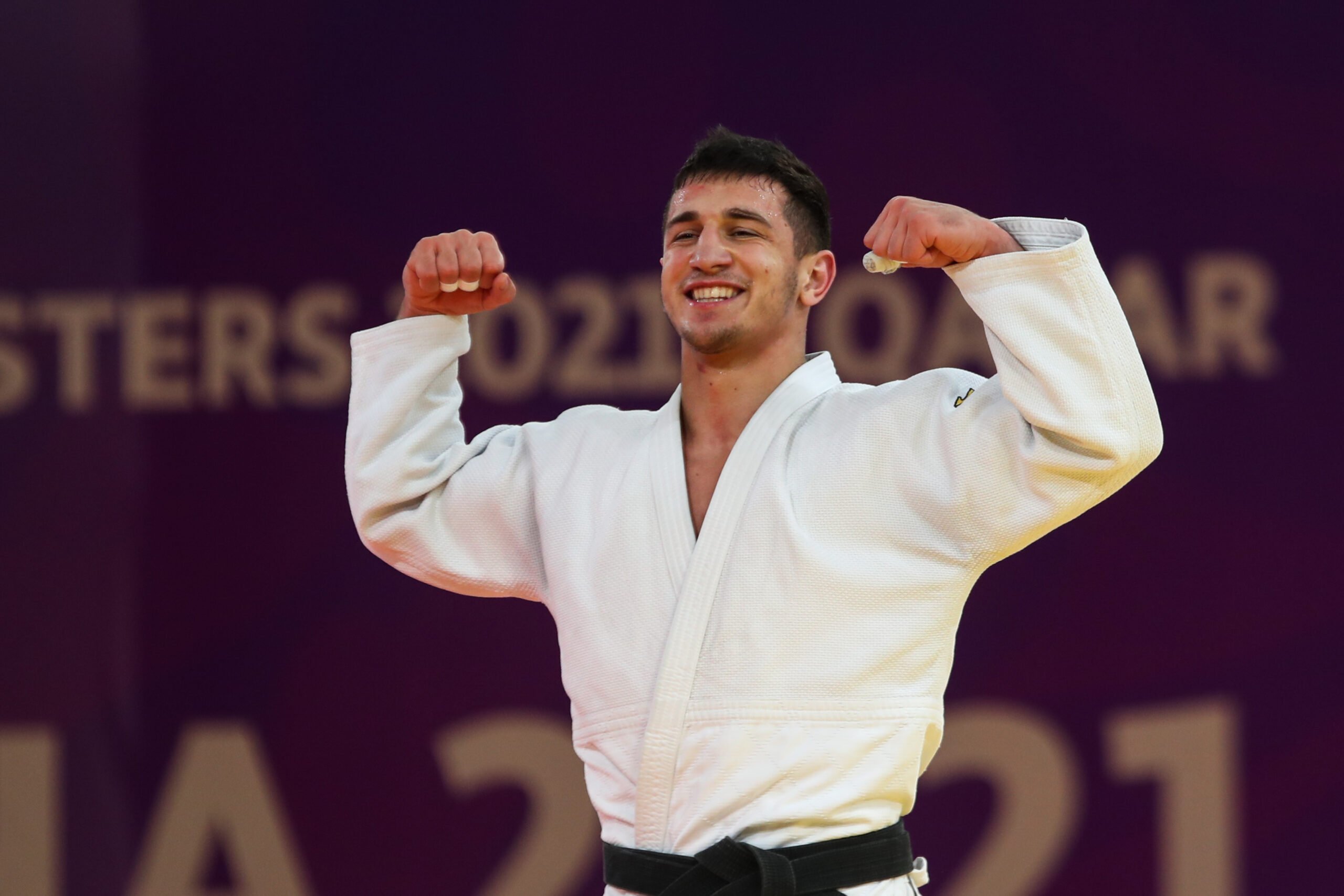 Eduard TRIPPEL (GER) defeated the number one seed, Ivan Felipe SILVA MORALES (CUB) in round one and though lost out to the eventual silver medallist, Gviniashvili, fought to come back and take a bronze for Germany. Of course the ultimate performance came from Noel VAN T END (NED). The current World Champion hadn’t had the best of luck since coming back from lockdown but there was a new energy today and the wins kept rolling in. The semi final against European Champion Mikhail IGOLNIKOV (RUS) was a fierce contest and ended with a swift seoi name from the Dutchman.

The final saw Van T End face Gviniashvili and was not about to give up his winning streak. Since 2014 the pair have been familiar, but the latter is yet to find a way to come out on top. The mental edge on this one saw the Dutch take a spectacular win and affirm his World title claim.

Find out all about the +100kg category here. The King is back…

France not only dominated the +100kg category, but the women were unstoppable, contributing to the accumulation of five gold medals and the top place on the medal table.

Madeleine MALONGA (FRA) demonstrated exactly why she is the leader of the pack, leaving team mates Audrey TCHEUMEO and Fanny Estelle POSVITE to secure the only medal for France in the -78kg category. Malonga is graceful in her execution and she seems to be a shoe in for Olympic success with World, European and Masters wins to name but a few. With Grand Slams still in the pipeline it will be interesting to see if she can keep the momentum till Tokyo.

It was a tough road for the bronze medallists, a golden score battle with Natalie POWELL (GBR) was the final obstacle for Loriana KUKA (KOS), and an even tougher situation on the other side. Fighting a team mate is never easy but when both are such a level footing you can expect a decent to and fro, this was the case for Guusje STEENHUIS (NED) and Marhinde VERKERK. Though the latter failed to walk away with a medal, it was a strong contest, and for much of the time, VERKERK looked to be in control and ahead in terms of managing the fight however it was STEENHUIS who eventually after almost nine minutes of contest scored waza ari.

Not enough good things can be said about the young Romane DICKO (FRA). The Frenchwoman may have had to take considerable time away from competition due to injury and then due to the pandemic, however, neither seem to have prevented her from making it to the gold medal position. Initially disposing of the number one seed, also top of the WRL, Idalys ORTIZ (CUB), Dicko was on to a winner. Never letting anyone feel otherwise with her arsenal of tachi-waza and ne-waza.

Runner up, Iryna KINDZERSKA (AZE) put in a formidable performance throughout the day, losing out only in the final to Dicko, but it was clear the two on form on the final day came from France and Azerbaijan. A bronze medal went to Kayra SAYIT (TUR), though the wasn’t able to make it past the fortress that was the French European Champion, her grit and will took her in to a bronze medal golden score and she was able to call upon her reserves for one last, medal-securing attack.