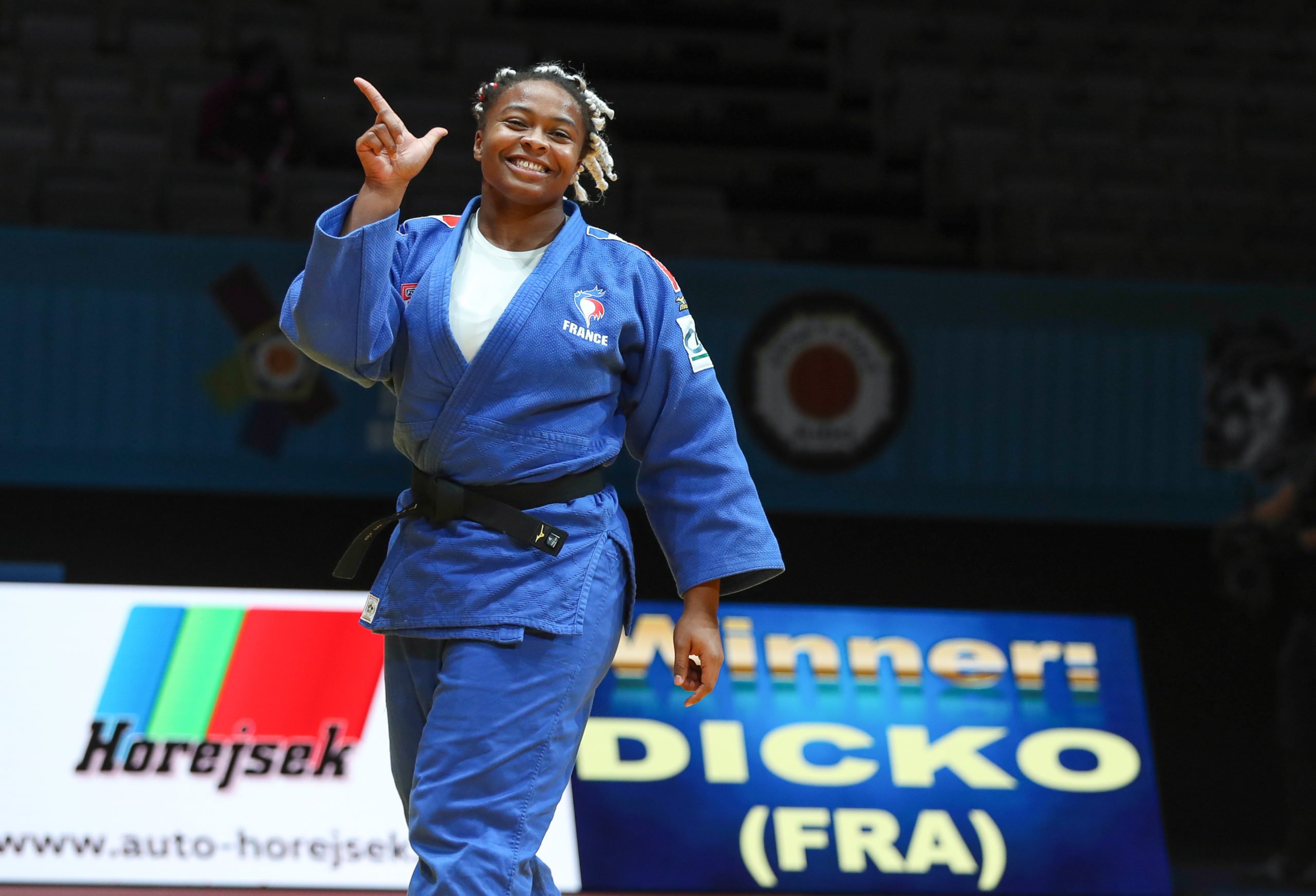 Read the full article about the outstanding women’s weight category.

Current world number one Amandine BUCHARD (FRA) is top seed here whilst 2019 Masters Champion SHISHIME Ai (JPN) will fly the flag for Japan. European Champion Odette GIUFFRIDA (ITA) is drawn in Shishime’s half which leaves current Olympic Champion Majlinda KELMENDI (KOS) to deal with Buchard. It is difficult to see anyone outside of this quartet taking the top spot on the podium although unseeded Andreea CHITU (ROM) could cause problems.

This has proved a difficult category for the Europeans to win with only Telma MONTEIRO (POR) managing to take the title back in Baku in 2011. Monteiro returns to take another shot at the Masters but is not among the top four seeds. World number one Jessica KLIMKAIT (CAN) is in poll position and a win here would help to extend the gap at the top of the IJF WRL between herself and current World Champion team mate Christa DEGUCHI (CAN) who is not competing in Doha. YOSHIDA Tsukasa (JPN) is number two seed having won the title back in 2018. Nora GJAKOVA (KOS) and Sarah Leonie CYSIQUE (FRA) are seeded three and four respectively. Unseeded DORJSUREN Sumiya (MGL) holds the record jointly with Kim POLLING (NED) -70kg for the most (4) Masters gold medals wins.

World Champion Clarisse AGBEGNENOU (FRA) is the number one seed. The Japanese have sent NABEKURA Nami (JPN) who in the final of the 2019 Masters was the last athlete to defeat Agbegnenou. The loss was quickly avenged when Agbegnenou defeated Nabekura in the final of the Paris Grand Slam. Toppling either of these two will be a monumental task for the chasing pack.

World number one Marie Eve GAHIE (FRA) will want to show some consistency and to put herself on the top of the podium once more. If the opposition was not enough to deal with Gahie has the shadow of her team mate stalking her in the shape of world number two Margaux PINOT (FRA). And by way of applying yet more pressure Pinot put in an impressive performance in taking the gold medal at the European Championships a little over a month ago. The Dutch too have their head-to-head in this weight category with Sanne VAN DIJKE (NED) narrowly ahead of Kim POLLING (NED) on the IJF WRL.

Fresh from her success at the European Championships things look good for World Champion Madeleine MALONGA (FRA); for the time being anyway. How quickly things can change. A poor result here for Malonga and a win for either Fanny Estelle POSVITE (FRA) or Audrey TCHEUMEO (FRA) may once again raise questions regarding the French choice in this weight. However, only a spectacular win from either Posvite or Tcheumeo will see Malonga seriously challenged. Away from the French civil battle look for 2018 World Champion and world number two HAMADA Shori (JPN) to dictate the course of the lower half of the draw. Number four seed Natalie POWELL (GBR) finds herself in the top half with her long-term rival Malonga. The pair have gone head-to-head on a staggering 12 occasions and are tied 6-6. Anna Maria WAGNER (GER) and Luise MALZAHN (GER) turn out again with still very little to choose between them.

Having brushed aside the opposition on her way to European Championship gold Romane DICKO (FRA) now steps up to take on the world’s best. The only thing missing is a representative from Japan. But that is not Dicko’s fault and it is unlikely to have her losing any sleep. It seems odd to be talking about an unseeded athlete as the favourite, but apart from the veteran pair of Idalys ORTIZ (CUB) and Maria Suelen ALTHEMAN (BRA) it is difficult to see who can stop Dicko. The 21-year old Frenchwoman learns quickly, has an attractive style for the weight category and looks perfectly capable of getting to the very top of the division. Joining the battle will be Iryna KINDZERSKA (AZE), Maryna SLUTSKAYA (BLR) and Rochele NUNES (POR).