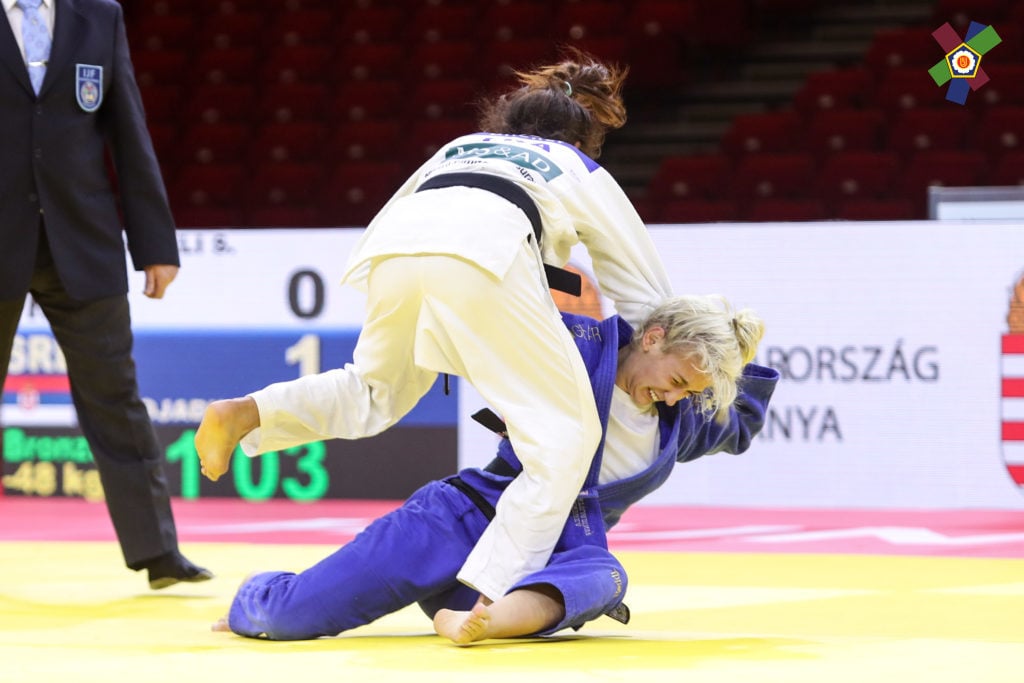 The #1 seed, Andrea STOJADINOV (SRB) is coming to the end of her junior career. At 20 years old and sitting at 29 on the WRL she is already on her way to the top of the senior stage. The #1 seed will be looking to cap her junior career with this title, and she has already proven that she is more than capable of doing so. Her last European result was at the higher age band, winning the U23 European Championships in 2019. Current form will give the Serbian the edge over her opponents, the new girl on the scene provided an outstanding result last week in the Budapest Grand Slam. STOJADINOV worked through an experienced field of senior women to claim a bronze and only losing out to the current Olympic Champion, Paula Pareto.

Who could spoil the party?

Well there may be a few. Not to be underestimated is the #2 seed, Raquel BRITO of Portugal; the European Youth Olympic Festival Silver medallist of 2019. BRITO is a seasoned top medallist at cadet level and is making her way into juniors. She has a quality to her judo that makes her interesting to watch and definitely one for the future. 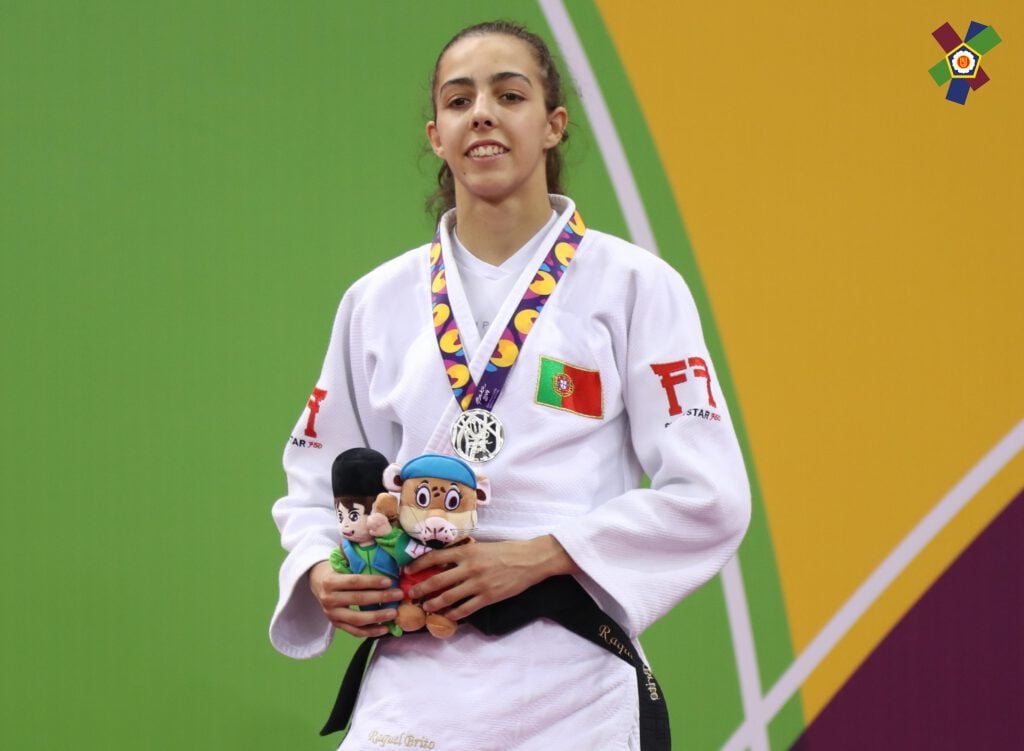 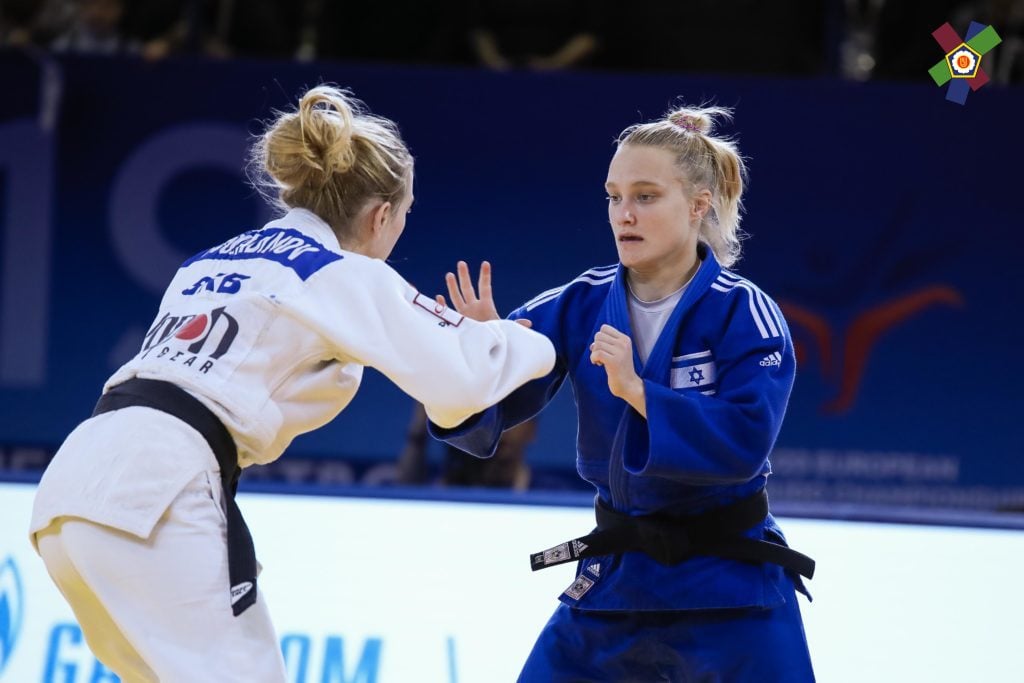 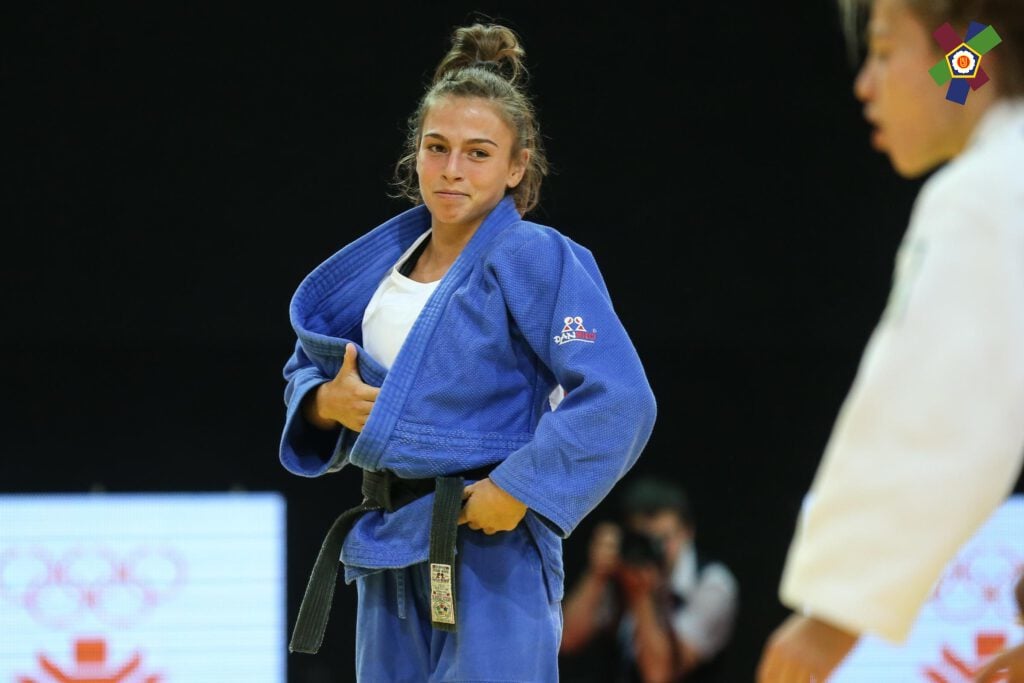 The #3 seed Tamar MALCA of Israel could be the one to steal the show. A medallist already at the U23 European Championships and winner of the Sofia European Open last year clearly shows this energetic fighter has what it takes to whip under her opponents and storm through.

18-year-old Erza MUMINOVIQ of Kosovo has had a consistent climb through to junior level. Two years ago, following her Cadet European title win in 2018, MUMINOVIQ stepped up to junior level and took the Athens European Cup title in 2019. MUMINOVIQ is a serious fighter and a serious contender this week.

The current Junior European Champion and #1 seed, Faiza MOKDAR (FRA) is the standout in the -52kg field. The 19-year-old has dominated her European opponents throughout her cadet and junior career so far. MOKDAR is a clever, confident and well-rounded fighter, which will make it difficult for anyone wanting to steal her crown.

Naomi VAN KREVEL (NED) sits across the draw as the #2 seed. VAN KREVEL is consistently making big medal matches. Her 5th place at the Junior World Championships, Marrakesh and a Senior Continental Open Bronze this year in Odivelas, Portugal, shows that the valuable experience is paying off for the spirited Dutch contender. 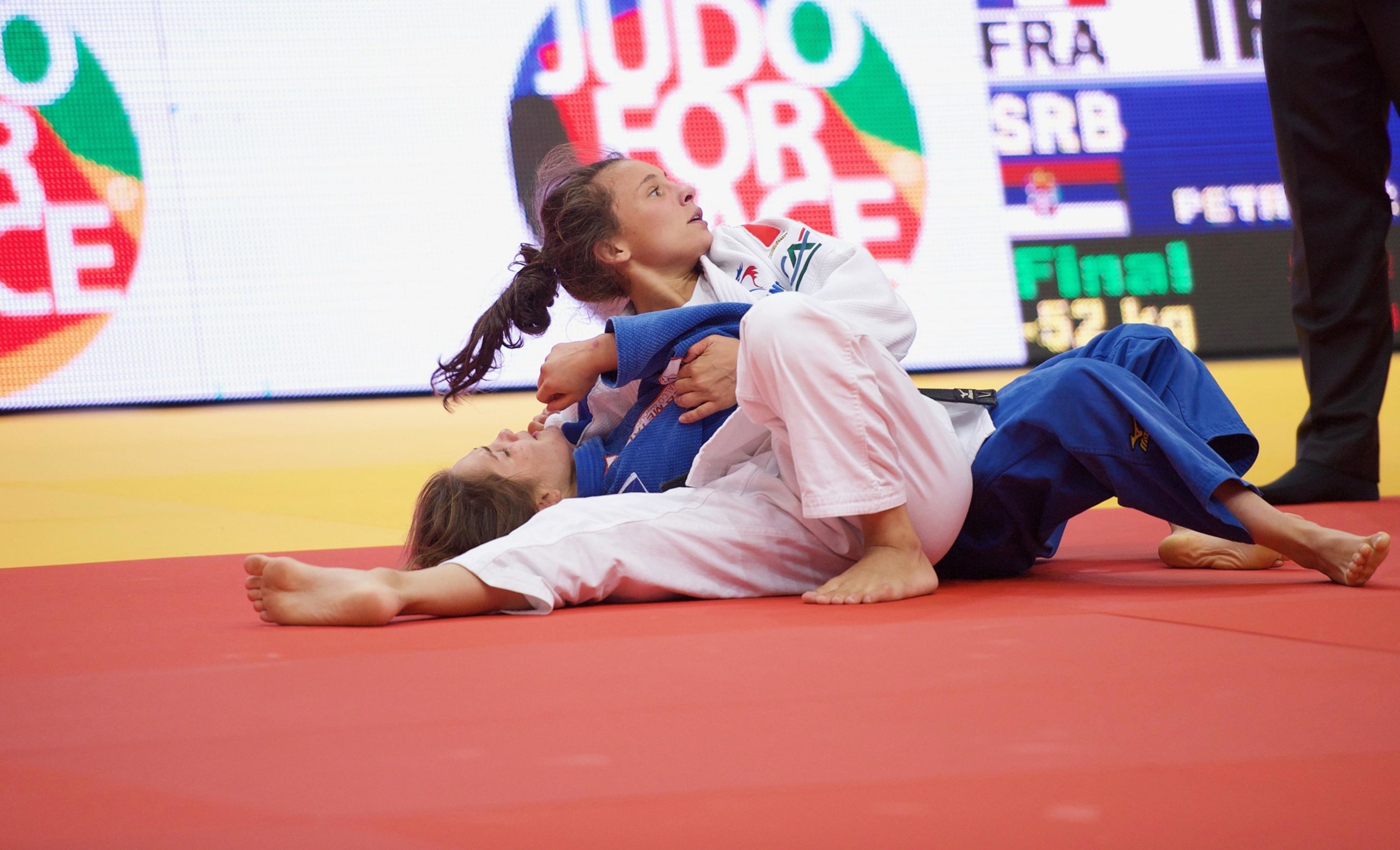 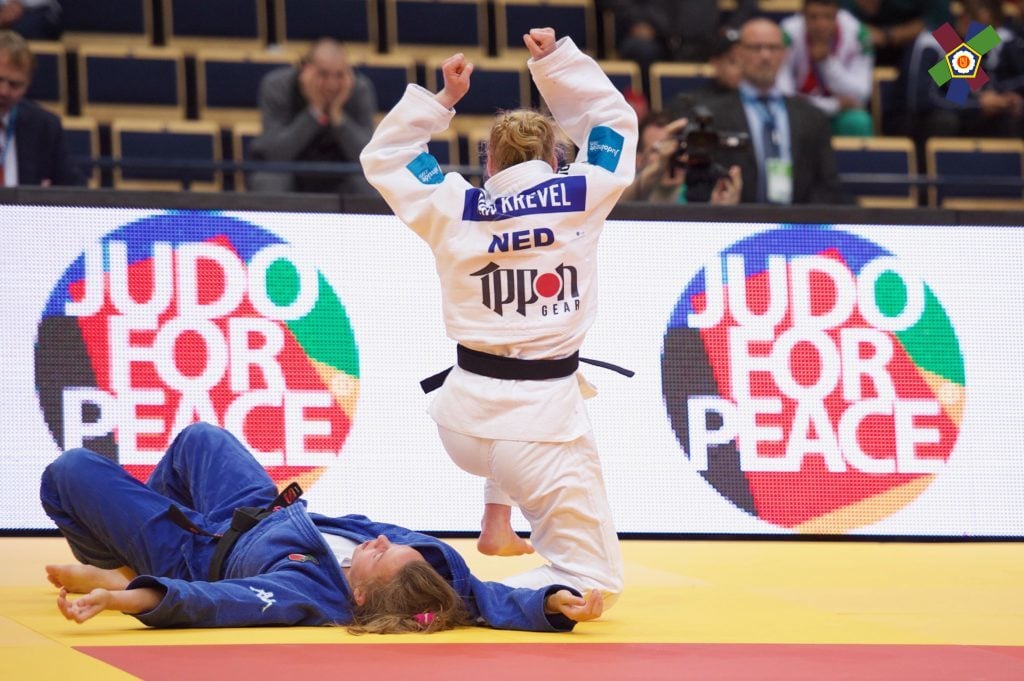 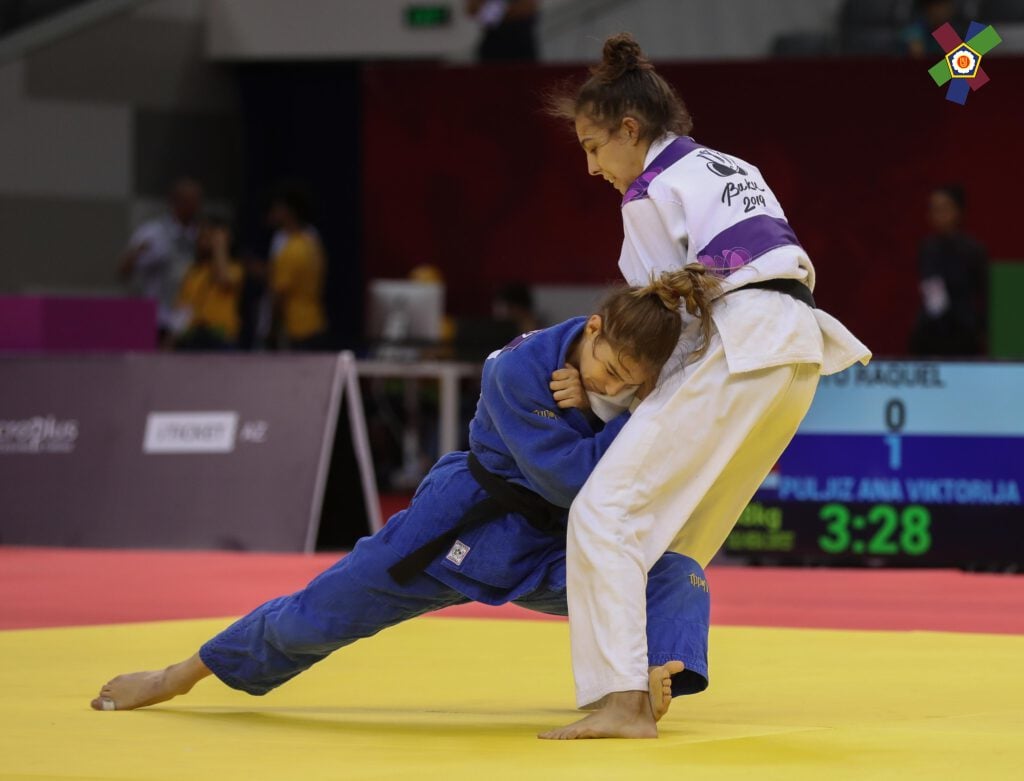 Pay attention to the Croatian home favourite Ana Viktorija PULJIZ. The 18-year-old multiple cadet European and World medallist is settling into her new weight category and already picking up valuable experience and podium finishes at Senior European level. She is strong, dynamic and will be tough competitor.

The #1 seed in the -57kg category is Marica PERISIC (SRB), ranked in the top 10 in the junior WRL. PERISIC could bring her recent success in the Dubrovnik Senior Cup to the table and be the ultimate challenger. 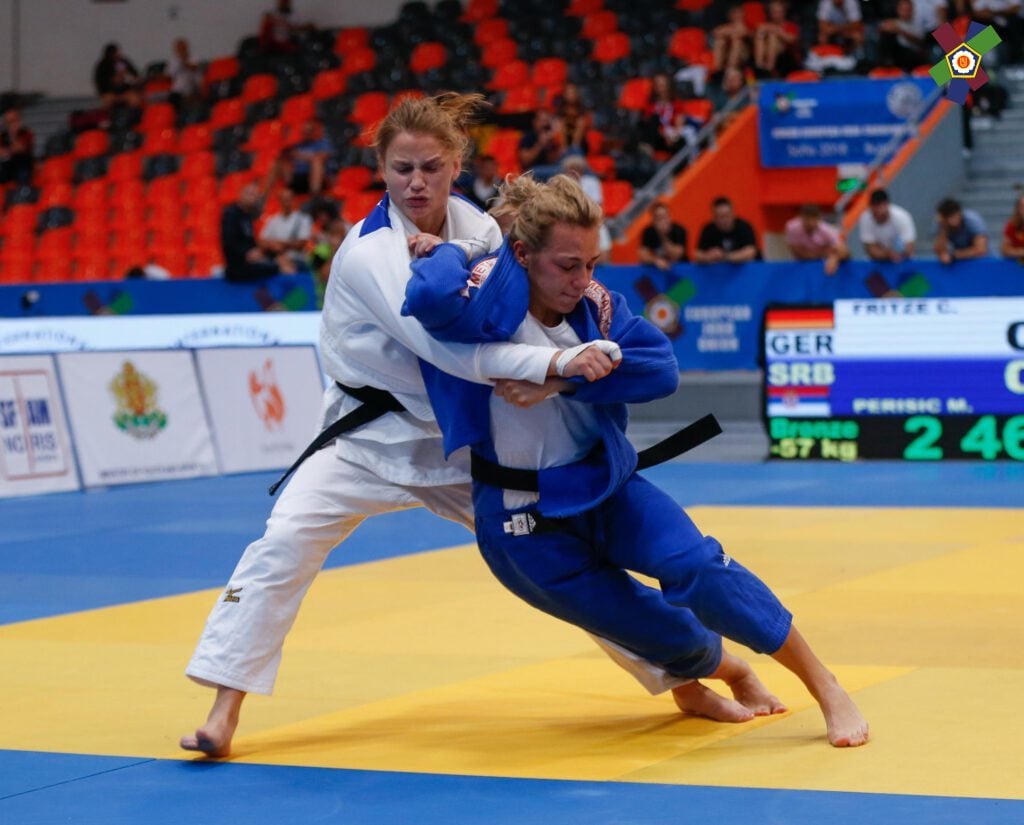 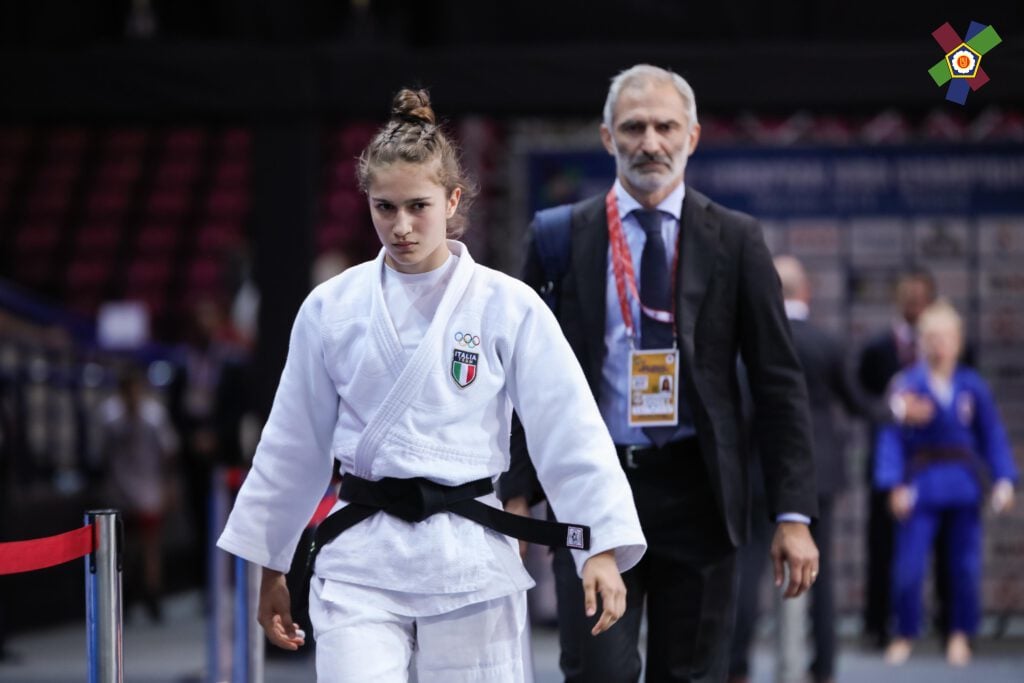 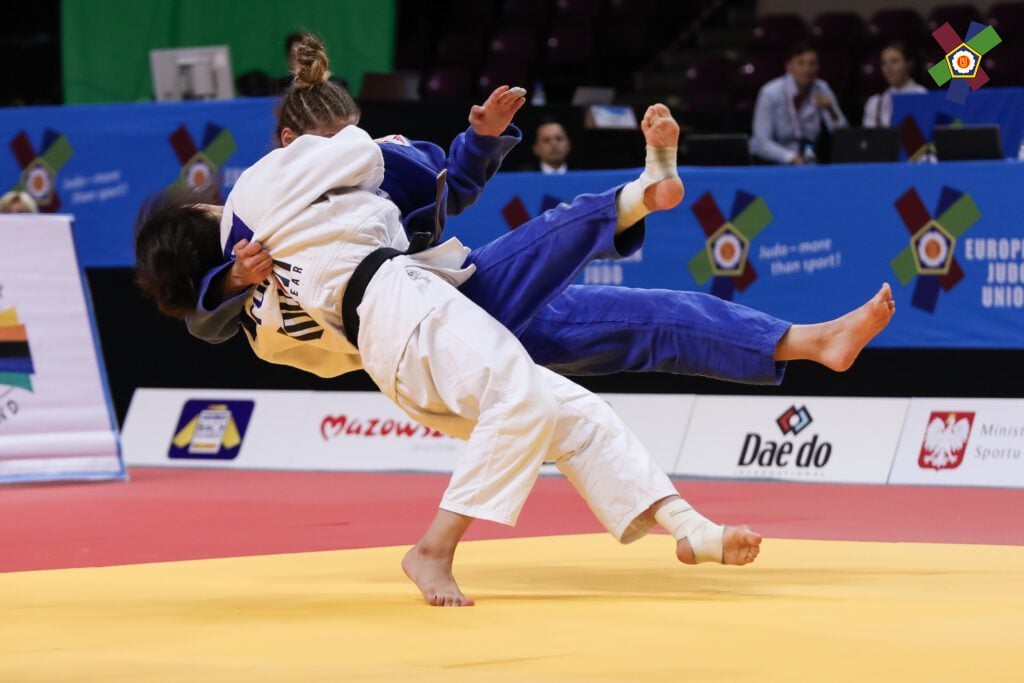 The one to watch out for in this weight category comes from across the water in Italy, Veronica TONIOLO is not holding back in her bid for ultimate success. At only 17 years old, the Italian wonder has taken a slew of titles including Cadet European and World Champion in the -52kg category. It was a surprise to see TONIOLO in the -57kg category in the Dubrovnik Senior Cup however, it was no surprise that she brought the same fighting spirit, leaving her mark on the senior circuit and taking home the gold.

Another Cadet stepping up to the Junior table is Ozlem YILDIZ (TUR), whose explosive and memorable judo will make her unmissable on the first day of competition. Consistently taking home the gold in Cadet European Cup events, she took 2019 by storm with the Cadet European Championship and EYOF title.

The YILDIZ name strikes again, but this time in the men’s field. 2019 Junior European Champion, Salih YILDIZ (TUR) is topping the seeding here and is also junior WR #1 so leaves little to contest. He has been gaining experience on the senior platform, placing 7th in the Tel Aviv Grand Prix this year so will be focussed on retaining his junior title for a second year.

If you saw the devastation NAJI David (HUN) left in his wake last week in Hungary, you’ll know he is one for the books. An incredible performance at home saw him defeat former European Champion, Walide KHYAR (FRA) and his ability to graft until the final second was a definite crowd pleaser. Though just missing out on the podium, his senior level abilities will transfer well in Poreč.

Romain VALADIER PICARD (FRA) has jumped the 10kg barrier, the Frenchman had great success last year in the -50kg category as a cadet, and holds the Cadet European Championship title, as well as silver medal from the World Championships at the same level. With the years difference, we will see how he manages the new weight category, but with clear talent, he will be one to watch. 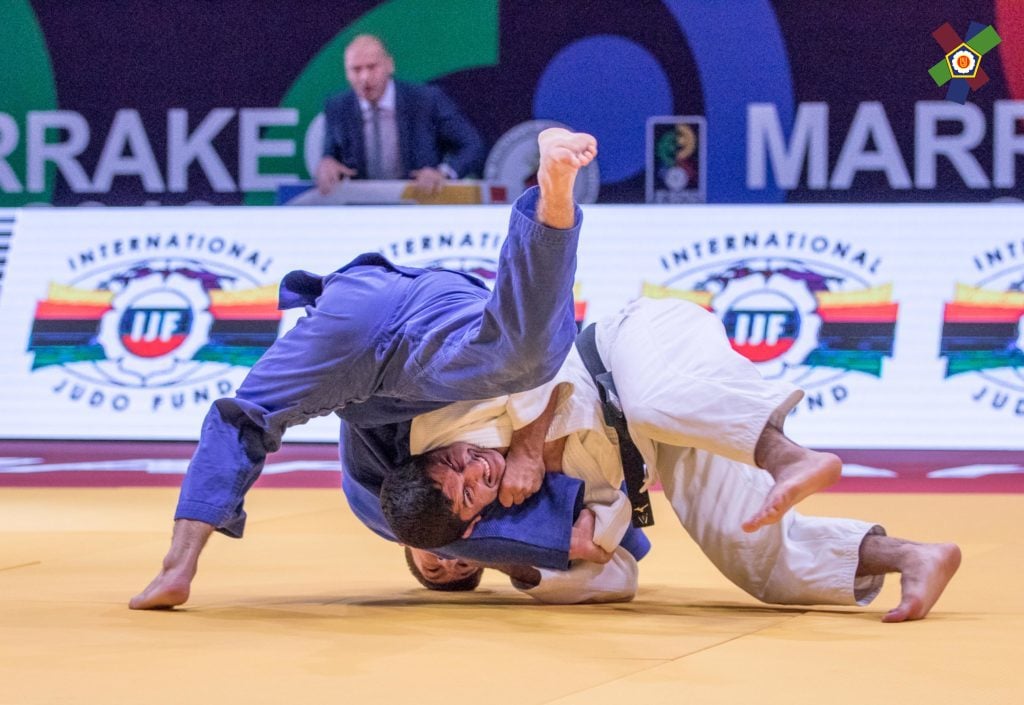 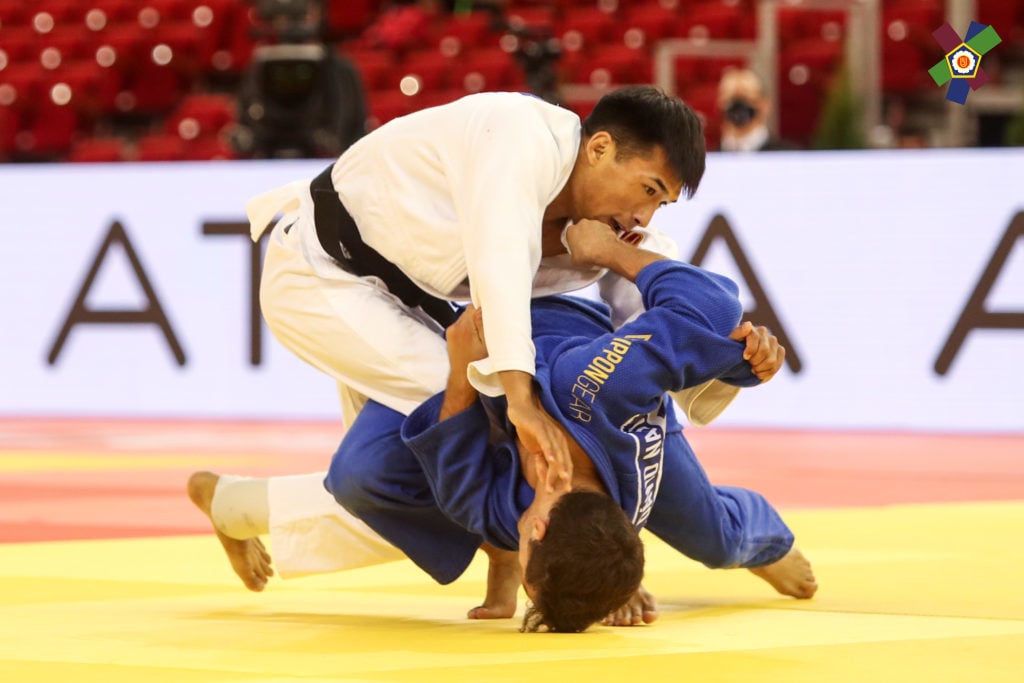 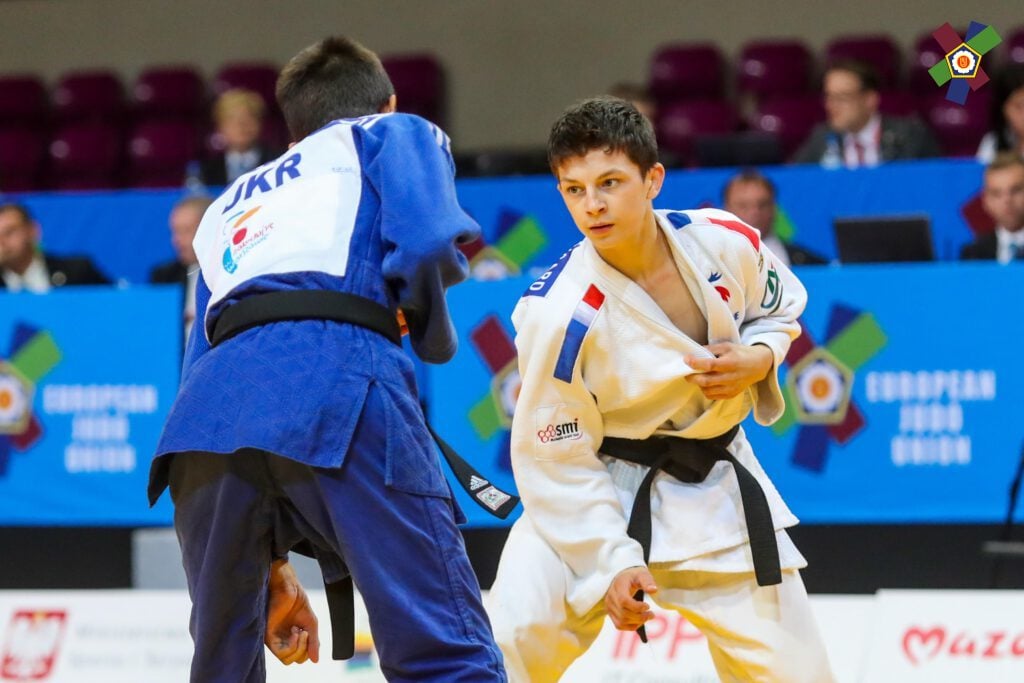 The Netherlands have Ivo VERHORSTERT as the #1 seed and will have high hopes for the Senior Continental Open bronze medallist. Before the termination of competitions a matter of months ago, VERHORSTERT had made his name on the senior circuit, and with this time preparing, he will be looking to take this Junior title home.

Another -66kg athlete in the top 10 Junior WRL, Kazbek NAGUCHEV (RUS) is no stranger to success, coming up through the levels, Cadet European Champion in 2017 to multiple gold medals in Junior European Cups last year, ending on a high in Berlin. 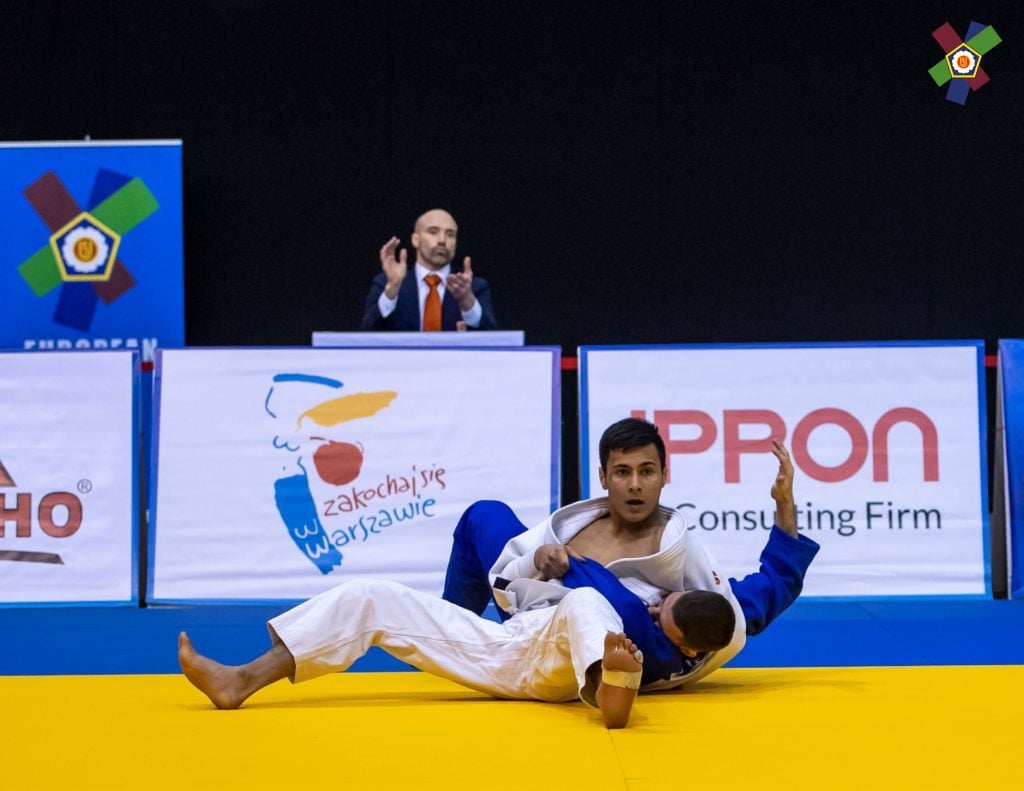 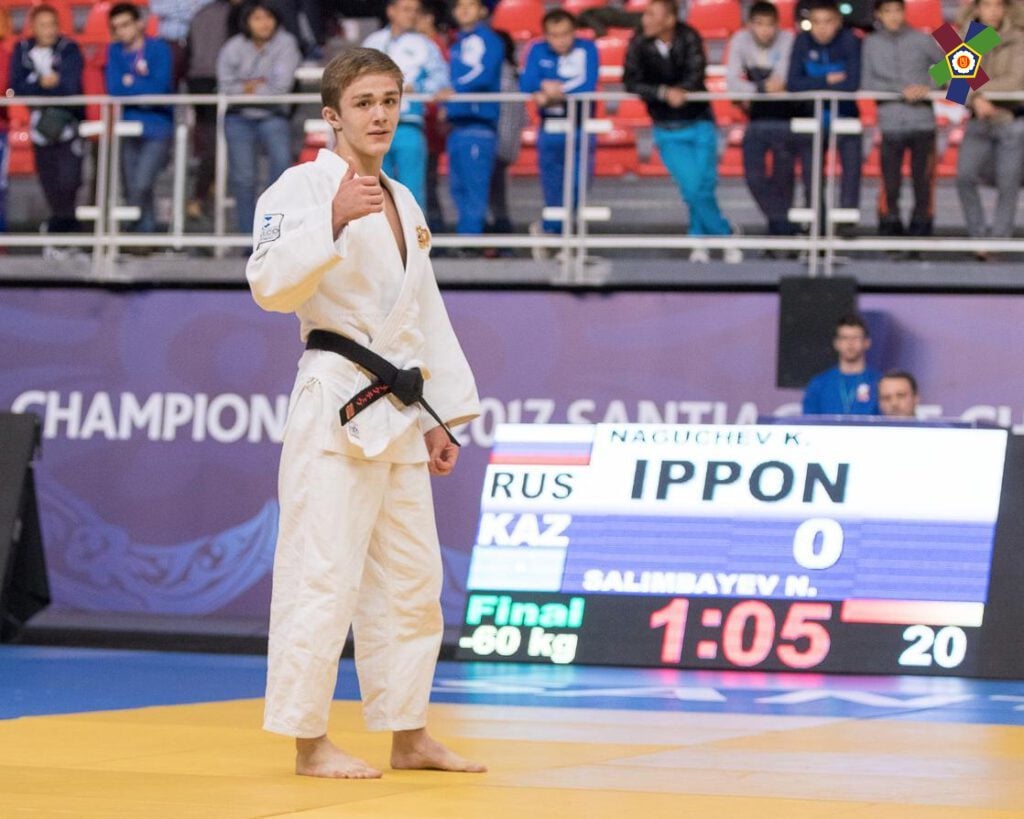 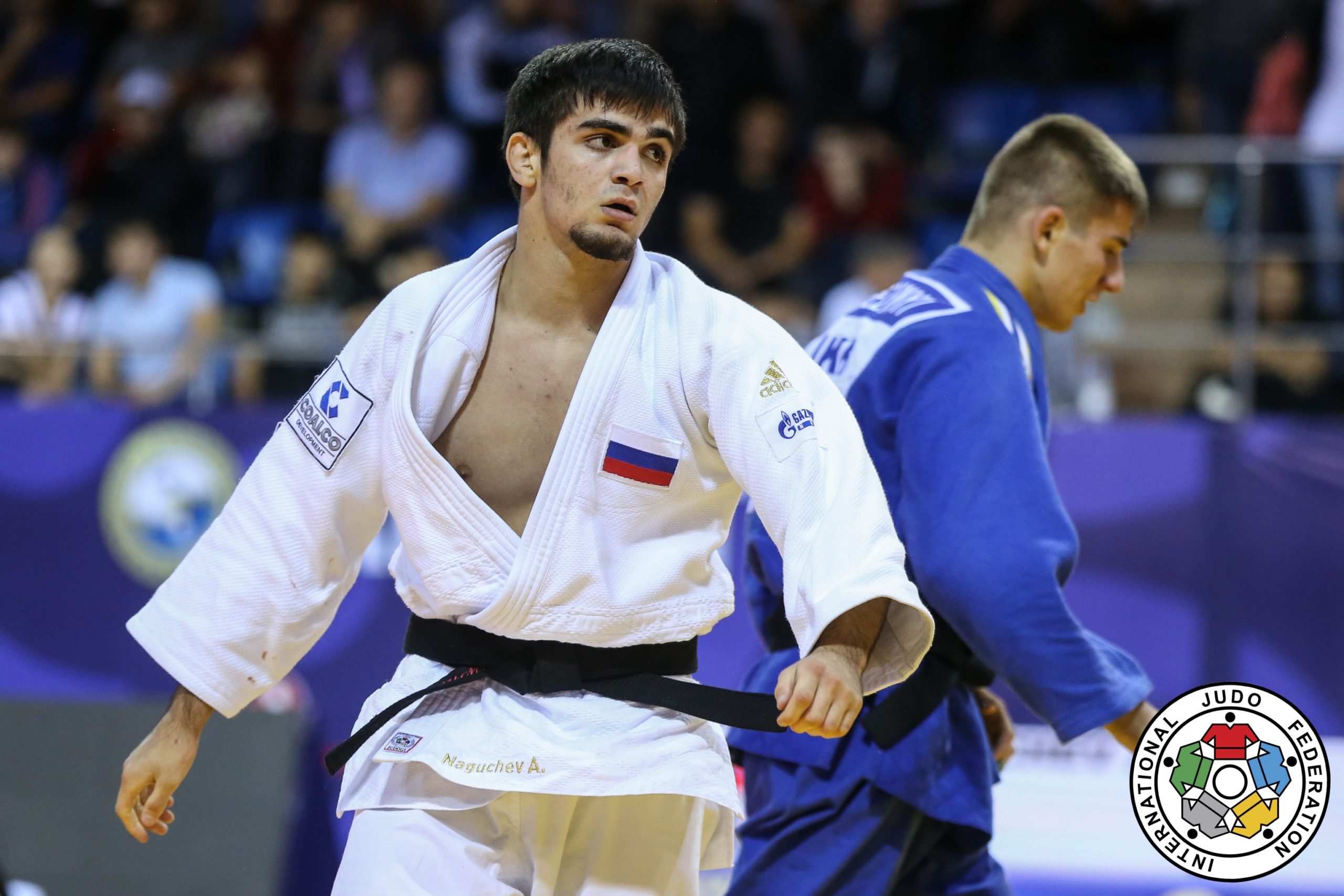 Team mate, Abrek NAGUCHEV follows in the #3 position, also with an impressive list of results, bested by his Cadet World Championship gold last year. The Cadet European Champion title was his in 2018 as well as a silver from the Youth Olympic Games in Buenos Aires. Abrek’s successful cadet career immediately transferred in to junior golds, it will be a tough battle for the top seeds, not to mention the underdogs in this category.

Day one will be a relief for junior athletes who are back to the tatami fighting for the Junior European title, with a wealth of talented athletes it’ll be an undoubtedly brilliant event for the spectators at home as well!