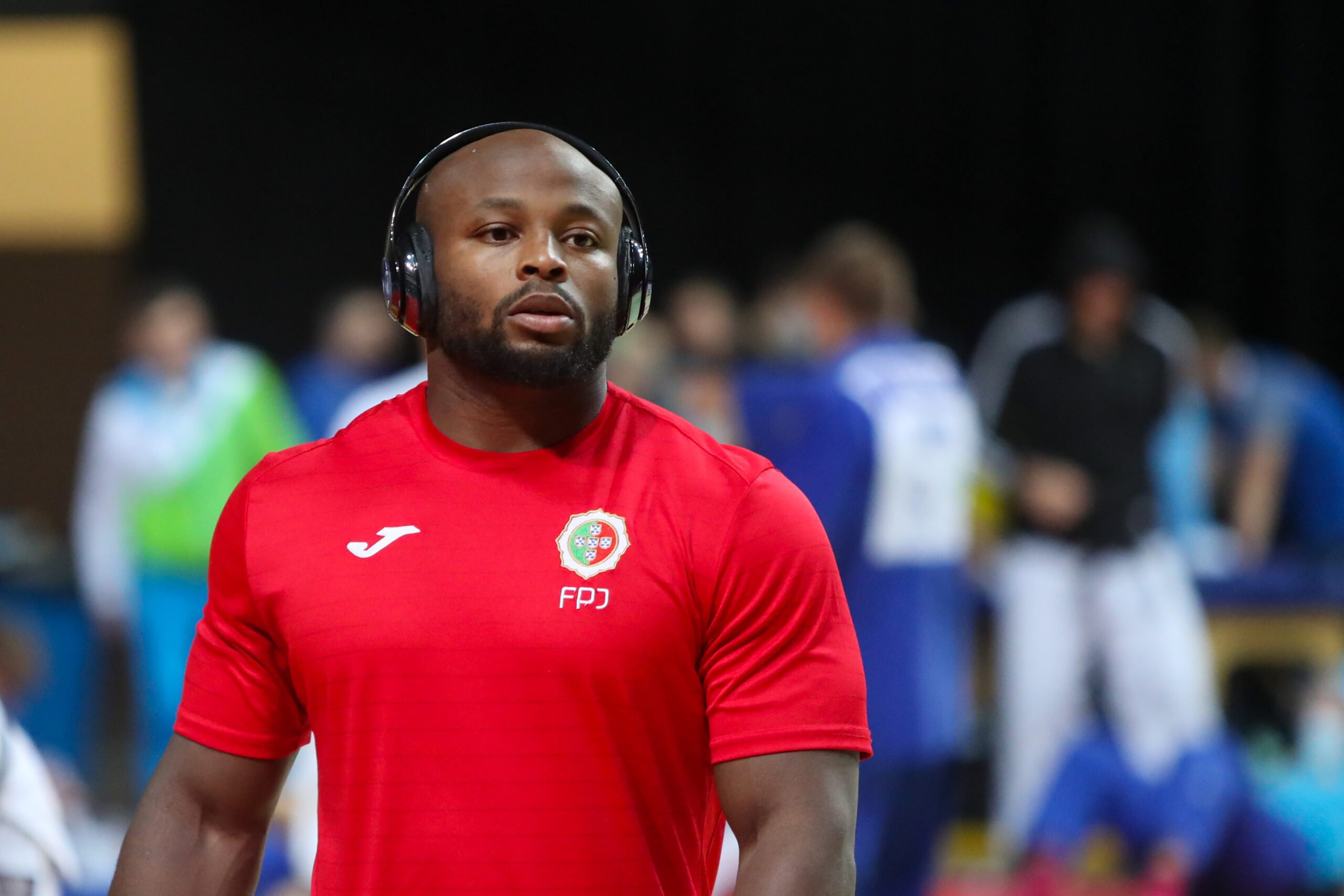 It is the week we have all been waiting for as the IJF World Tour is set to start again.

To kick it all off is a brand new event host, Portugal. Whilst the Portuguese federation are certainly no strangers to hosting tournaments; European cups, European opens, senior European championships, veteran world championships to name but a few, this a new level.

Portugal are proud to be welcoming the athletes back to competition and even happier that they are able to welcome them on their south western shores, opposite Lisbon on the south side of the Tagus River.

We spoke the 2001 World bronze medallist, EJU Sport Director and and Sports Event Director for the Portuguese Judo Federation Catarina Rodrigues about how the federation are preparing for the highly anticipated Grand Prix 2022 and how their team have worked tirelessly to organise in a short period of time.

This is the first Grand Prix ever in Portugal, how important is it for the federation to host the IJF World Judo Tour?

This is now President Jorge Fernandes’ second term, long ago his goal was not just to have a European open but to have an IJF world tour event. We always tried to prove that we could be trusted as an organisation and of course the excellent results from the Portuguese athletes in the past years have helped to increase this prestige.

When we had the opportunity we didn’t want to waste it and of course we know it is a big task ahead of us and we are doing our best to get the best event. To have this type of event is extremely important in all aspects. For the national team it is great to have a qualification event at home and normally we have great performances at home events and we can increase our entry of athletes and give them the experience and maybe take results, to grow.

For the federation it is a way to increase the standard in the sporting world. We are totally aware of how important it is to have this type of event in Portugal.

For those who attended the 2008 European championships in Lisbon, they will remember it was a milestone event, for example it was the first event we’d had LED screens. It was a big event, and for 2021 it was the same venue, of course in these 12-13 years a lot has changed, the increased demands for athlete services, I can say that we had much more professional preparation for 2021. Not to mention the covid protocol was a big issue in the organisation of the last European championships but still I can say that regarding 2021 and 2008, 2008 beat 2021 in only one aspect, to have the public there and have the Portuguese support. It was actually my first big event for the federation, and my first major event for the EJU because it was the first time I really had the opportunity to show my level of work.

Everyone just sees the final product, but most of them are not aware what goes on behind the scenes. How many people are involved in the organisation and what is the key to having a successful event?

Actually the goal is that you don’t have to think about what is going on behind he scenes and this means that the final product is successful. But in the federation we are small team and we really had a short time to prepare for the Grand Prix, only in December we had the confirmation and we have had set backs, like changing the venue from Odivelas due to vaccination needs but I think we found a good solution in Almada, but in any situation, changing the venue four weeks before the event presents its challenges.

From the federation we are around four to five people working on the event from the start and we increase as we get closer to the event but there is no specific focus on just this event as we still have other events in our calendar but it has increased the pressure and tested us well. The communication is good between us and the IJF, using EJU event experience and also it is important to have trustworthy people in key sectors and we always manage to have this.

The demands and requirements of the IJF world tour are still bigger than a senior European championships and so we need to be open minded to improve every day.

From the perspective of the federation, where is Portugal now on the judo map, both in terms of organisation and sport, and where do they expect to be at the end of the IJF World Judo Tour contract?

I think it is clear that the Portuguese federation – under President Jorge Fernandes – has been having a period of growth, an increase in performance at all levels and age groups, European championships, a double world champion, we had olympic success. We have a training centre in Coimbra where the national team train every week and we have international athletes coming to train here all the time, firstly because they know they will be safe in the covid situation but also because they know they have good training partners and facilities.

The number of athletes and clubs had exponential growth until the pandemic slowed us down a bit but we are slowly recovering in terms of organisation, it is clear we had big events almost every year from European cups, European opens, European championships, kata and veteran events and now a Grand Prix, it is our goal to continue these big events every year. Judo is one of the most respected and media-covered sports in Portugal, although we understand we still have a lot to do to get the attention of the big companies to have some financial return that the work of the national team and President Fernandes deserves.

We hope that the 2022-2025 contract will increase the attention from the government and media companies, so they can realise the potential of having the IJF world tour here in Portugal. President Fernandes actually already made it public to the media that the goal is to grow the Grand Prix to a Grand Slam in the future but for this we need more official support in the future.

It will be the first judo event from Portugal that is broadcasted worldwide, how much does this mean for the promotion of judo in Portugal?

The broadcasting of the event is important, not only for judo in Portugal but for the country, this is another big opportunity to promote our nation abroad to promote our organisation capacity, our sport capacity and to show off our small country and the success in this area.

There is a strong entry from the Portuguese team, with some, including Fonseca and Monteiro receiving a lot of media coverage, do you think that this, along with the instalment of the IJF tour date will be a turning point for the sport?

Our national team will be there in full capacity, the big names present. Still we have some regrets and absences due to injury but the ones who are competing are super focused and determined to get very good results and actually, traditionally our athletes always perform very well at home. In fact, Portugal took four medals in the European championships in 2008 and again in 2021. So we are quite confident on the promise of our athletes. Our main athletes such as Jorge Fonseca or Telma Monteiro are known all over the country, not just in the sport but all over the nation. Everyone has high expectations and we are sure that the media will be covering the Grand Prix here in Almada. I think the coverage of the event will be huge and will be great promotion for judo. We have all the ingredients to have three really memorable days ahead of us with good organisation, the athletes are training hard for good results and the media will be following us. 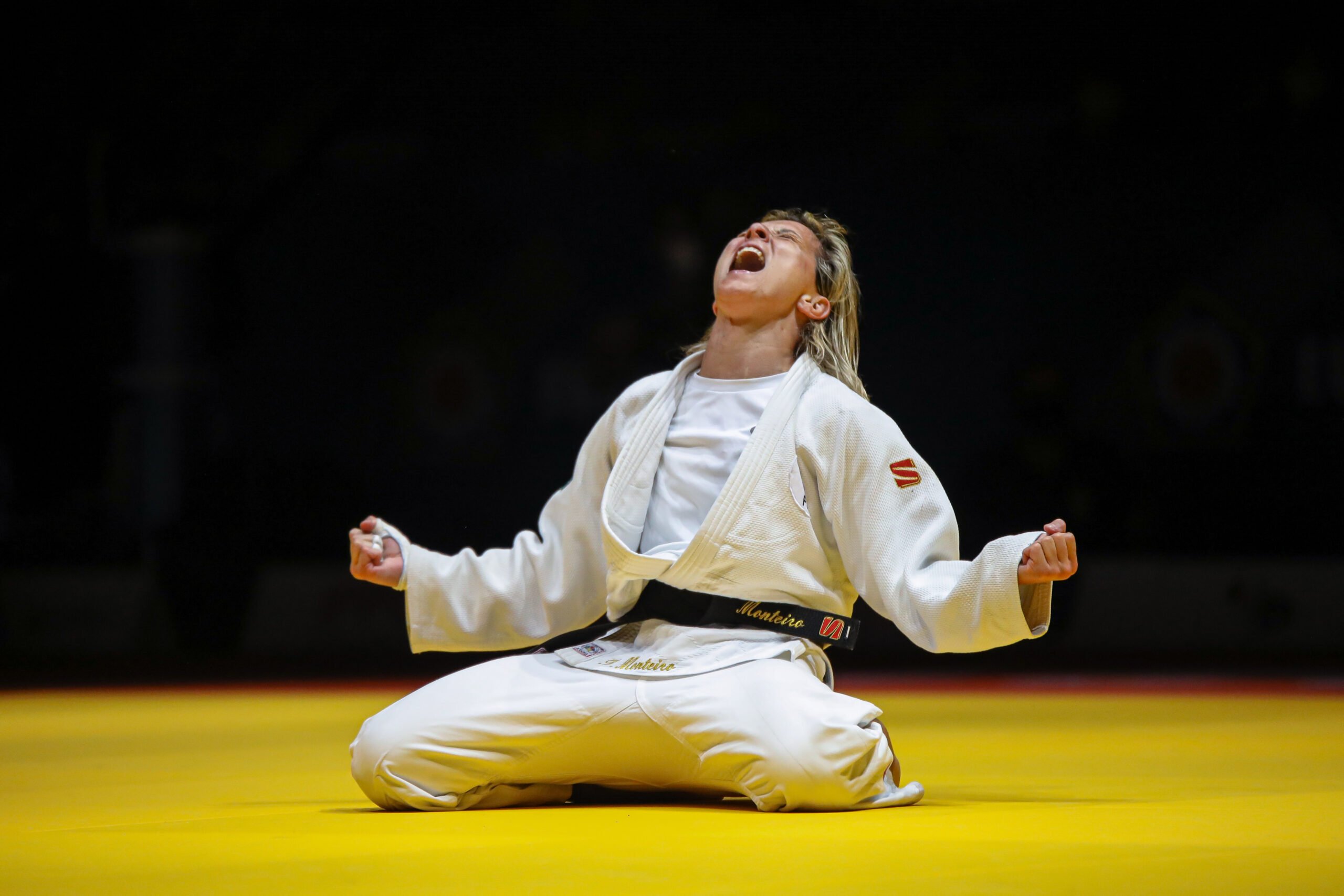 The Grand Prix in Almada will commence on the 28th of January, follow the event at live.ijf.org.